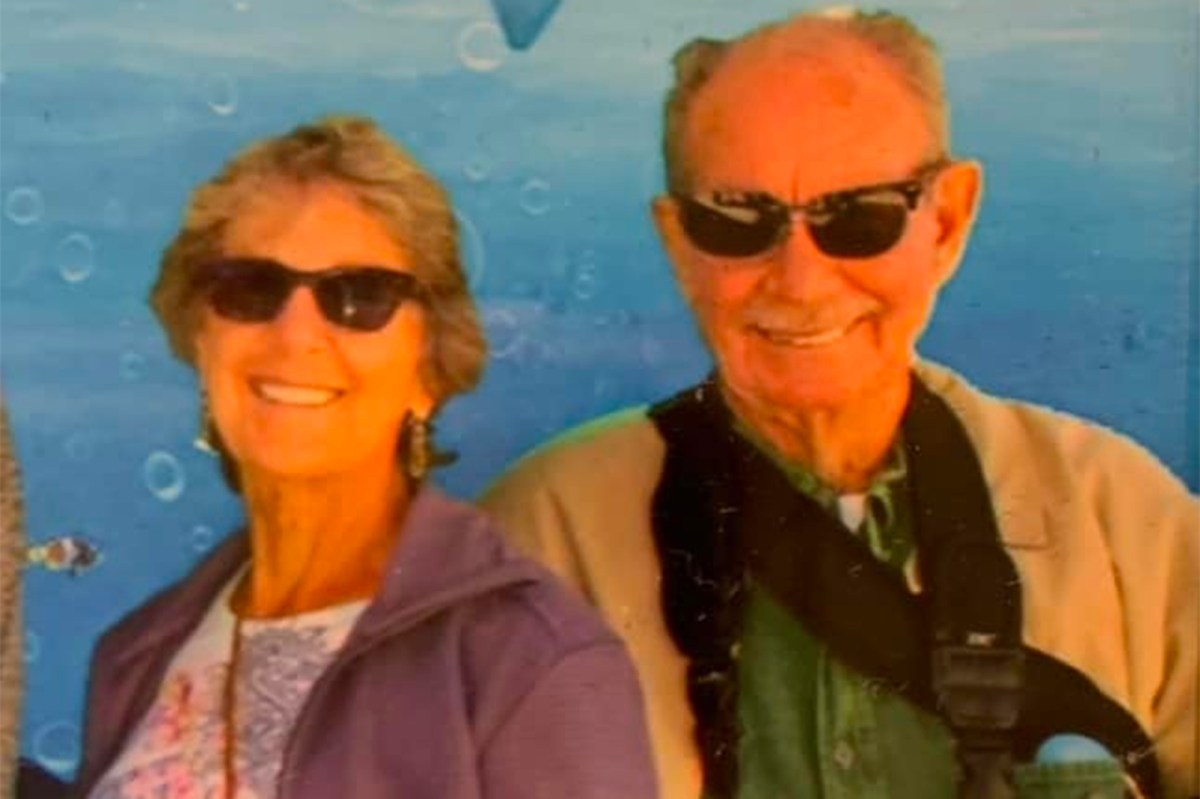 Officials said the bodies of a retired California couple who went missing in northern Mexico last month have been found at the bottom of a well.

Ian Hirschchoshan, 78, and Kathy Harvey, 73, of San Diego, were both living in their second home near El Socorito in the state of Baja California, western Mexico, when they were last heard of on August 28, by CBS-TV affiliate KFMB Told .

Harvey’s son, Robert Harvey, said that on that day, his mother asked him to say that the pair were planning to go to a gold mine or a beach.

A former aerospace engineer and graduate of Princeton University, and Harvey, who worked as a physical therapist, were to return to California three days later.

The son said he never made it home – and his dark blue Toyota Land Cruiser was abandoned in a remote area of ​​Ensenada, about 3 hours north of Essendito.

Human remains were soon discovered in a nearby well – and authorities have now affirmed positively that they are the couple.

The TV station said the pair’s death is considered hooliganism.

Robert Harvey said that his mother and Hirschsohn loved Mexico and were part of a vibrant ex-pat community there.

“He was really enjoying retirement,” he told CBS. “He loved walking and traveling. She had a large bucket list where she wanted to go. ”

Hirschsohn’s daughter, Ava Setter, posted a desperate message on Facebook last week before the two found their bodies, urging anyone who would have seen the couple to reach her.

“Any information on his whereabouts, please contact me immediately,” she wrote. “My dad Ian has a house in El Soserito and is a veteran of Baja travel since he bought a home in in85.

“He was living at home and the community is the first to report him missing. … He usually windsurfs the places shown in locations below the bay south of San Quinton. ”

Mexican authorities confirmed the identity of the deceased couple on Monday – two days after one person, a South African and Canadian citizen living in Mexico, was found dead on the Baja Peninsula. Hirschoshan was originally from South Africa.

Officials said the body of another 65-year-old man, Craig Harris, was found on the beach at Cabo Pulmo. He was stabbed in the chest and had a backpack full of rocks before being thrown into the sea and then washed ashore, he said.

Harris, who was last seen on August 29, ran a rental business in Cabo.

Meanwhile, Los Angeles firefighter is still missing after his disappearance from his condo in the Baja California resort town of Roscito late last month.

Francisco Aguilar, 48, currently on medical leave from the LA Fire Department and living part-time in Mexico, may have been the victim of a “violent kidnapping”, Los Angeles Mayor Eric Garcetti cited Mexican officials Told last week. .