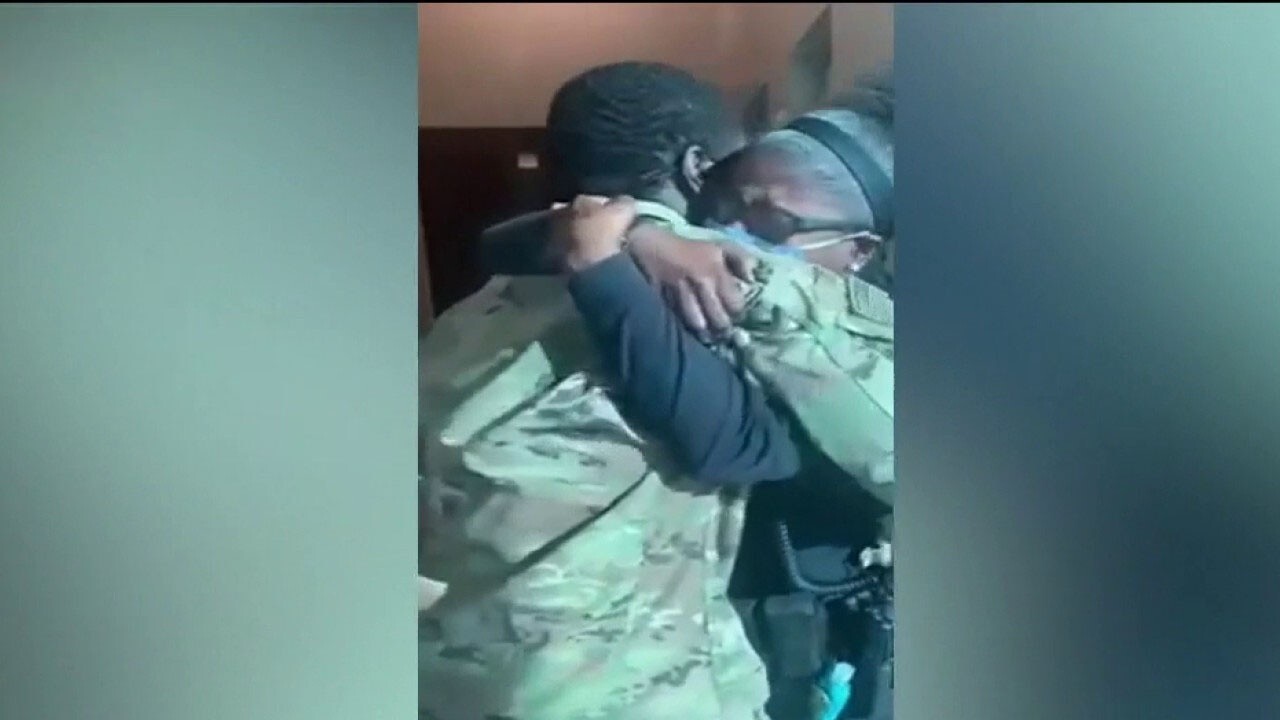 “I was happy. I was very happy to see him. I didn’t think I was going to see him until the first of the year,” Church told “Fox and Friends” on Monday.

Once military officials approved his request to come home, Oliver said his family members and supervisors at the church’s police station helped surprise both.

Oliver said, “I called my aunt so she could take me from the airport.” “She was the only person at home she knew at the time, so it was one of the important factors that helped me improve the surprise.”

With the help of his aunt, Oliver surprises his grandmother on the night of her arrival. Oliver’s grandmother called the church’s supervisors to set the plan in motion.

“My grandmother, they got hold of the lieutenant, so that we could plan to say that someone had complained below,” Oliver said.

When the church responded to the “complaint”, his son was waiting there.

“He goes down, he goes to the double door, and I’m waiting around the corner,” Oliver said. “I was like, ‘Officer I have a problem,’ and that’s when it clearly melts right there.”

Church said that, when she understands that Oliver is doing important work in the military, she is happy to have her son in the house during the holiday season.

“I had everything to back all my little pieces together,” he said.