Mike Mayock says the Raiders asked too much of Lynn Bowden Jr. 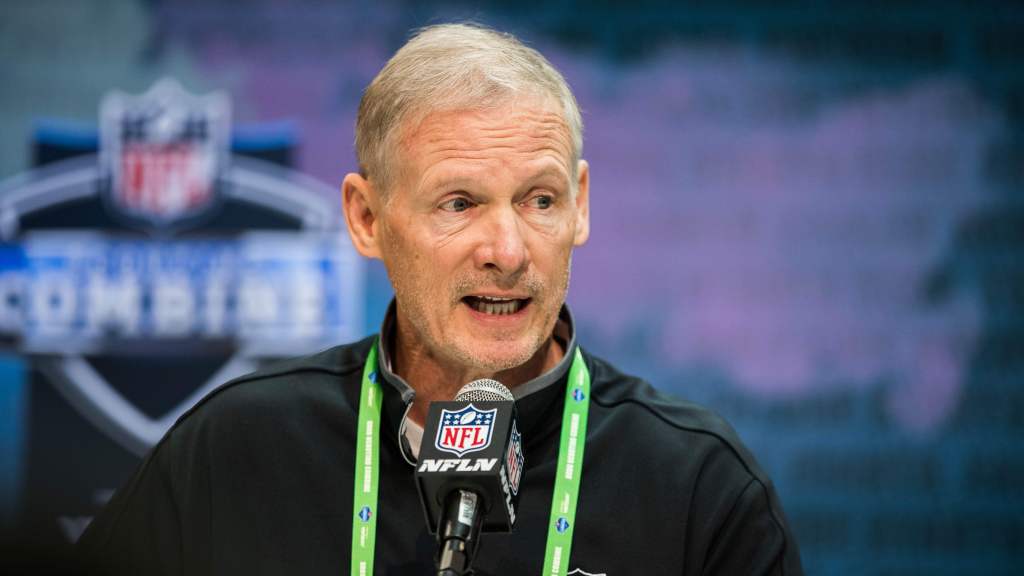 In 2020, the Raiders planned to go to the playoffs. Instead, it was a season filled with lessons.

That includes learning how to run a franchise during a pandemic, as all NFL teams had to do, and still have to do, as COVID-19 is expected to continue to dissipate and vaccines to take hold.

On Wednesday, Raiders general manager Mike Mayock lamented his philosophy project in 2020, when the pandemic began to affect society. He mentioned to reporters the general frustration of last year and how he is better prepared this time.

Part of Mayock’s angst revolved around Lynn Bowden Jr., one of his three third-round picks from a year ago. The Raiders tried to turn the college quarterback and wide receiver into a running back, a daring prospect in any season and a doomed idea during a pandemic, as Mayock explains.

“If you look back and think, should you pick guys who maybe were a projection from one position to another?” Mayock said. “You know, we accepted the third round and we ended up trading him to Miami before the seasons started. He was a college slot catcher and a quarterback and we tried to move him to running back in a pandemic year. And to be honest with you, I don’t think it was fair to the kid. We don’t even see him face to face live until training camp in July. “

The process was not fair to Bowden and not very beneficial to the Raiders, as it turned out.

There were other possible problems surrounding Bowden as well. Reports suggested that the Kentucky product enjoyed the Las Vegas lifestyle too much and was potentially a bad influence on WR Henry Ruggs III, the team’s first-round pick.

However, Mayock insisted that he traded Bowden for on-field reasons. He sent Bowden to the Dolphins along with a sixth-round pick and received a fourth-round pick in return.

So what did Mayock learn? Good much. He outlined additional issues stemming from the pandemic, such as this year’s medical evaluations, which he says will be completed late and not as “finite” as he would like, and the lack of live in-person conversations.

But his conclusion regarding the draft appears to be this: Get what you can out of the process rather than making it more complicated than it already is, especially during a pandemic.

“Basically what I’m saying is I think in a COVID year, you have to be agile and you have to learn lessons,” Mayock said. “And you have to try to take advantage of the draft for as much as you can.”

Mayock needs to infuse talent into the roster, especially on defense, in a hurry, and it won’t be easy as he has fewer draft picks and less cap room to work than before. In his third draft with Las Vegas, the pressure, pandemic or not, to lead his team to the playoffs in 2021, and any lessons learned should help.