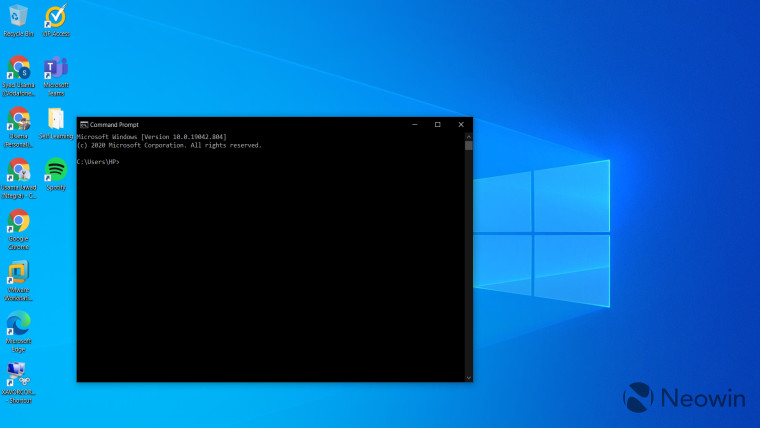 Last month, Windows 10 revealed to contain strange bug in which the operating system throws an error message indicating that the drive is corrupted and that you need to restart the system, when a certain location is accessed through the command prompt or a browser. While Microsoft seems to have quietly fixed the issue in the latest Insider Preview build 21322, it still appears to be present in other versions of Windows 10.

Bleeping Computer reports that when you run the “change directory” command at the command prompt with a specific location, Windows warns that “the file or directory is corrupted and unreadable”, recommending that you reboot the machine with chkdsk to repair the Unit. This happens even when low privilege users access the NTFS volume. Microsoft had previously stated that the corruption message is inaccurate and that the drive is not actually damaged, but another OSR report claims that in their testing, an instance of Windows 10 did not reboot even after repeated chkdsk.

Microsoft has fixed the problem in its latest version of Windows 10 Insider Preview build 21322 released a few days ago, and it does not allow users to access the problematic location, as you can see below:

Naturally, we also tested location access on our virtual machines powered by other older versions of Windows. In Windows Vista, the location in question is also not accessible:

However, when we try to access the location via command prompt on an old machine running Windows 10 Pro version 1803, which is an older version of the operating system that is no longer supported. True to reports, there is an error message stating that the “file or directory is corrupted and unreadable”, and the system recommends that you close all applications, restart the PC, and repair the drive errors to fix the problem:

In our case Windows 10 thankfully managed to reboot with chkdsk and didn’t get stuck in a loop. We expect other versions of Windows 10 prior to Insider Build 21322 to behave the same way, barring serious anomalies:

It is important to note that other vendors and companies are trying to block access to the problem location from their end. Mozilla Firefox 85.0.1 has a flag that disables access to locations with the “: $” symbol, while OSR has released an unofficial patch that does not allow access to the path. That being said, it is quite strange that Microsoft is not releasing a fix for older versions of Windows 10. We have seen similar issues with other operating systems like iOS in the past, and while they may not be dangerous in most cases, it is always worth it. It’s worth fixing these issues to avoid viral jokes that can be a nuisance to non-tech-savvy PC owners.