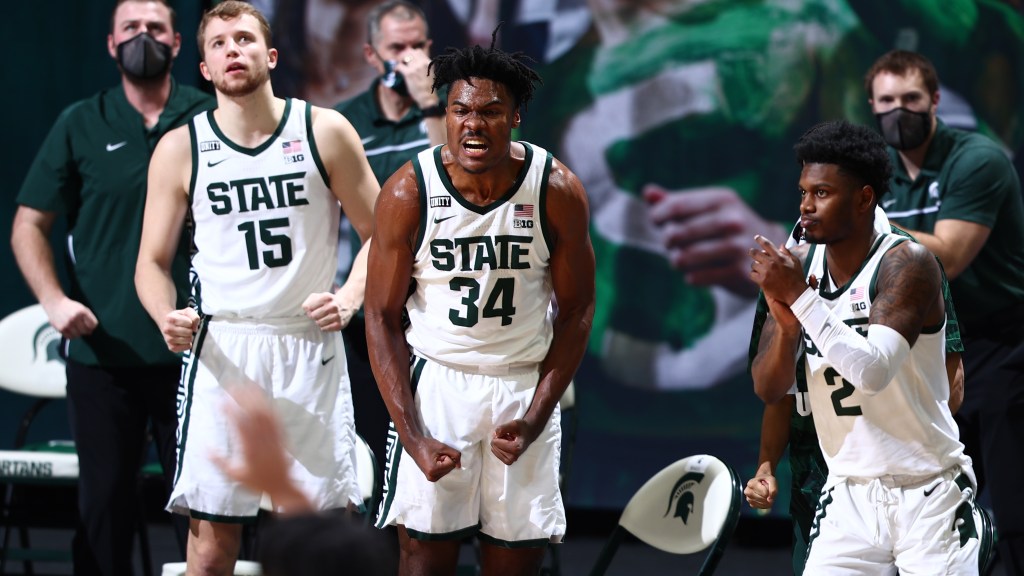 Michigan State Basketball is on the Rise! After two straight top-five victories against Illinois and Ohio State, the Spartans are now in the top four on Joe Lunardi’s Bracketology. It seems the Spartans have turned the corner of the season at the right time.

The Spartans’ next game is against Maryland on Sunday at 2:00 pm EST. Then they have Indiana and home and a vigorous home and home against Michigan to end the regular season. Many people say that Michigan State needs to win two or three of these last four games to enter the NCAA tournament and possibly win a Big Ten tournament game.

The other three teams in the top four are Stanford, Minnesota and Richmond. Michigan State also has five wins in Quadrant 1 now, which puts them in the top 15 in NCAA basketball.

It will be a tough end-of-season schedule for the Spartans trying to make it to the NCAA tournament. But, the Spartans seem to have found what it takes to get to the tournament.