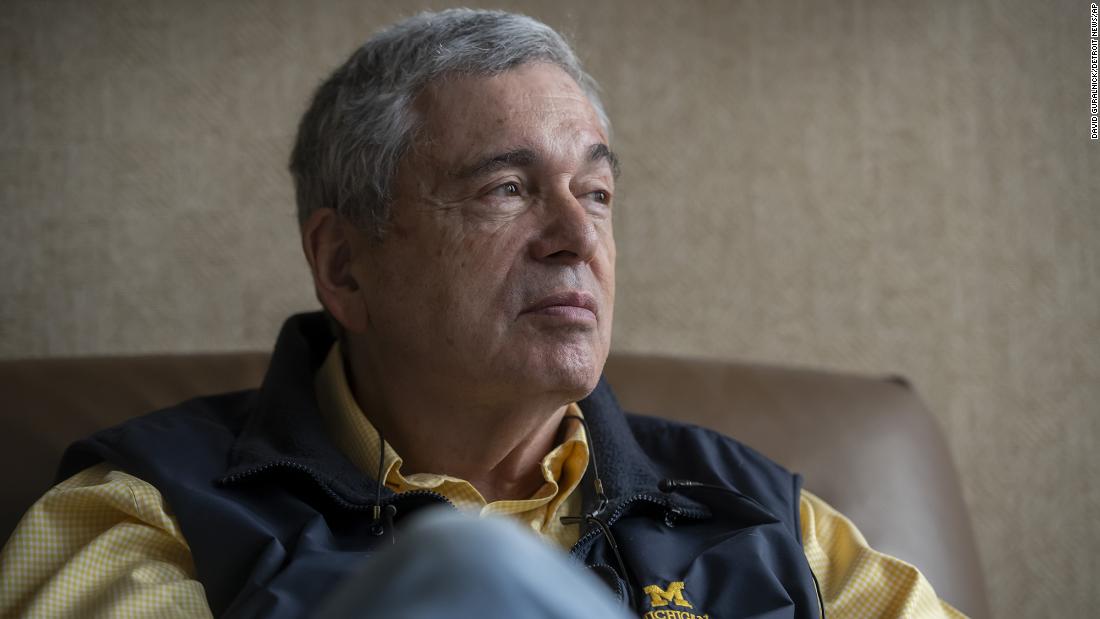 He also tells an audience member that the Republican Party is focused on winning the 2022 races and “focused on the three witches” in an apparent reference to Michigan Governor Gretchen Whitmer, Attorney General Dana Nessel and Secretary of State Jocelyn Benson, the three female Democrats set for reelection next year.

At another point during the event, Weiser says that the “job of the Republican Party now is to soften those three witches and make sure that when we have good candidates to compete against them, they are ready to be burned at the stake.”

In the video, a woman in the crowd argues that Republicans cannot win “when we don’t have our own leadership behind us.”

“Ma’am, aside from murder, I have no other way than to vote out,” Weiser replies, drawing some laughter from the crowd. “People have to come out and support their opponents. They have to do whatever it takes to get the vote in those areas. This is how you win people over.”

Weiser in his tweet on Friday said his comments were being taken out of context. “While I should have chosen my words more carefully, anyone who knows me will understand that I would never advocate violence,” he said, adding that he has spoken with Upton and Meijer.

CNN has reached out to Upton and Meijer, as well as Weiser for additional comment.

Ted Goodman, a spokesman for the Michigan Republican Party, told CNN in a statement that Weiser was being “very clear that it is up to the voters to determine the GOP candidates and suggest that anything else is dishonest and irresponsible.” Goodman also noted that Weiser had personally donated to all Republican congressmen in Michigan.

But Michigan Democratic Party Chair Lavora Barnes called Weiser’s comments “are not only sexist, but markedly dangerous,” and Whitmer’s press secretary Bobby Leddy condemned them, saying that “given the dramatic increase in death threats against Michigan elected officials during the Trump Administration , this kind of rhetoric is destructive and downright dangerous. “

“We saw this firsthand when Republican lawmakers met with the same militias that tried to kidnap and kill the governor, and when Republican party leaders helped organize the January 6 protest at the US Capitol building,” Leddy said in a statement to CNN.

Leddy added: “As the governor has repeatedly said, it is time for people of goodwill on both sides of the aisle to lower the pressure and reject this kind of divisive rhetoric.”

Whitmer on Twitter Friday too posted a picture of her with the book “The Witches Are Coming”, quoting author Lindy West: “For a long time, a certain group of men have called women like me ‘witches’ to silence and discredit us.”

Nessel responded with a tweet that included an edited photo of her, Benson, and Whitmer in witch hats, saying, “Do witches that magically slow the spread of Covid, increase voter turnout, and hold sexual predators accountable without the help of? Legislature? Coven. Do Better, Michigan Republican Party. “

She then added that as “a gay Jewish woman, I have long ago learned to respond to hateful rhetoric with humor. But as a prosecutor, I know that these comments will surely inspire more death threats that will eventually be heeded.”

And Benson wrote on Twitter: “Thinking of all the young women leaders who aspire to serve and hold public office, hearing this hateful rhetoric in the headlines (and) feeling discouraged, deterred or rejected.”

“My message: Keep leading. The world needs your voice, your service (and) your courage,” he added.

Weiser’s comments also prompted calls for his resignation from the University of Michigan board of regents.

Jordan Acker, a Democrat who serves Weiser on the board, said he should resign and that his “reckless and dangerous language does not reflect the values ​​of our Board and our Institution.”

“Comments on removal for ‘murder’ are a literal attack on our democracy and are incredibly dangerous in light of the January 6 uprising on Capitol Hill. And the attacks on our governor foiled by the FBI,” Acker said. wrote on Twitter Friday. Whitmer was the target of a kidnapping plot last year.

Weiser has said that he does not intend to resign from the board of regents.