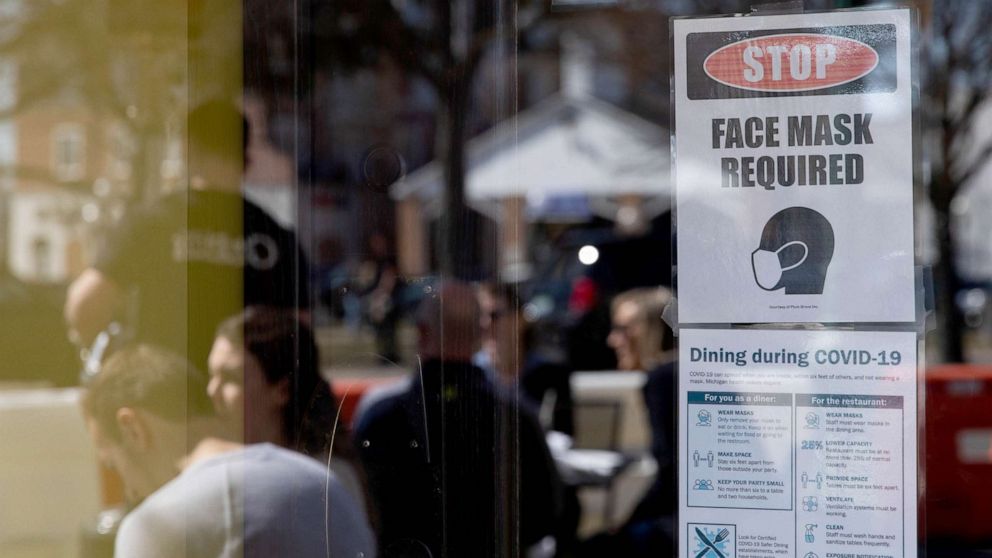 Cases have increased in the state in the last month.

Michigan has reported its highest number of new daily COVID-19 cases since early December, as the state is in the midst of a coronavirus surge.

On Saturday, the state health department reported 8,413 new cases of COVID-19. That compares with 1,536 new cases reported a month ago, on March 3.

Cases have risen rapidly over the past month, and Michigan is now experiencing the “most severe increase in viral spread in the nation,” according to the Michigan Hospital and Health Association.

“I’m very concerned about what we’re seeing in the state of Michigan,” Dr. Joneigh S. Khaldun, the state’s medical director, told “Good Morning America” ​​this week. “We have seen in the last five to six weeks a significant increase in our cases. Our hospitalizations are also increasing. And we are seeing younger people, 10 to 60 years old, getting sick and many of them are also being hospitalized.”

Khaldun noted that COVID-19 fatigue, including mask non-compliance, and meetings contribute to the increase.

“I think everyone in Michigan really needs to double down now,” he said.

According to the Centers for Disease Control and Prevention, the state currently ranks second in the nation for the most reported cases of the most communicable B.1.1.7 variant first discovered in the UK. Wednesday, Michigan has identified 1,468 cases of that variant. , according to the state health department.

Both Whitmer and Khaldun highlighted the importance of vaccines at this time.

“We have to focus even more on our vaccination efforts,” Khaldun told “GMA.”

Starting Monday, eligibility for the COVID-19 vaccination in the state is extended to all residents over the age of 16.

In an interview with Detroit ABC affiliate WXYZ on Thursday, Dr. Anthony Fauci, the nation’s leading infectious disease expert, posited that the recent “very likely” increase may be due to Michigan opening too early.

“I hesitate to criticize anything the governor has done because she is really a good governor,” Fauci told the station. “I think the idea of ​​backing away prematurely, under pressure, it’s understandable why you would want to do that, but the results, I think, are manifesting in what you’re seeing in Michigan.”

Among restrictions that were recently relaxed, the state reopened bars and restaurants for indoor dining on February 1 to 25% of their indoor capacity, then increased it to 50%, with a maximum of 100 people, on March 5. On that day, the entertainment venues were also allowed to fill up to 50% capacity.