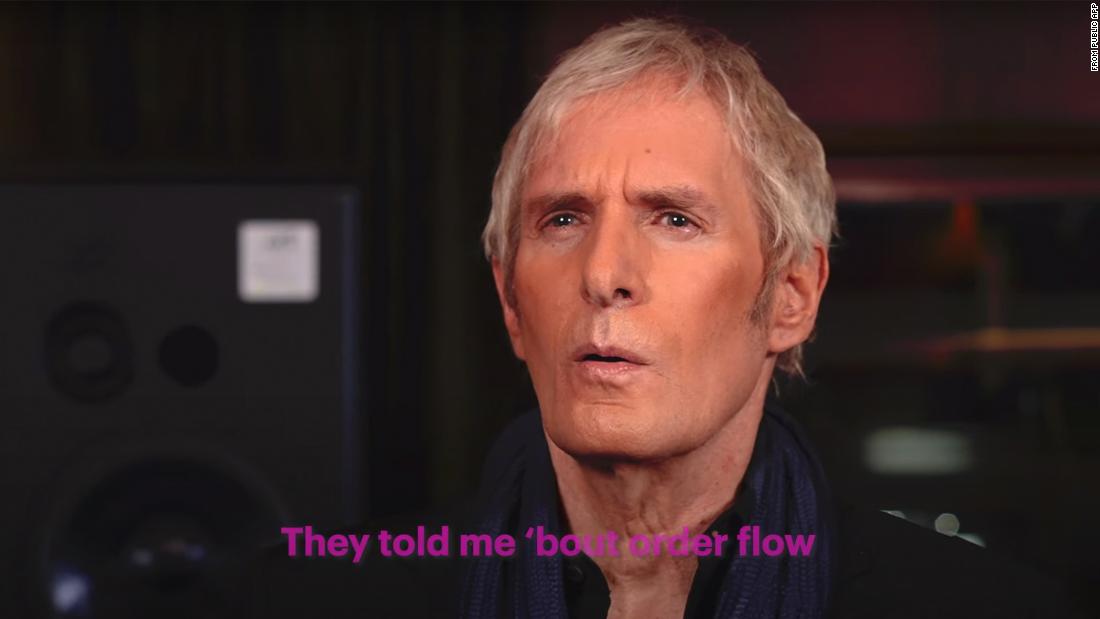 In the weirdest twist to the already bizarre Robinhood saga, Bolton sings about order flow payment in a YouTube video posted by rival online brokerage Public.com.

“I could hardly believe it, what I saw on Reddit today,” he sang. “I was hoping I could get it straight from you. They told me about the order flow, so I googled, now I know. I think I have to find someone new.”

Bolton continues: “Tell me everything. Tell me who you sell my operations to.”

Criticism from pop culture underscores the enormous attention paid to how Robinhood and other brokers have embraced commission-free business models. Critics say that trading isn’t really free and that high-speed trading firms on Wall Street are getting the best end of the deal.

The YouTube video was posted by Public.com, which lists Will Smith, JJ Watt, Dick Parsons and The Chainsmokers among its investors and advisers. Last week, just before Congress questioned Robinhood CEO Vlad Tenev, Public.com announced that it will no longer accept revenue in exchange for routing operations to market makers.
“The main criticism of PFOF [payment for order flow] it’s that it creates a misalignment between the brokerage’s financial goals and the interests of its clients, “Public.com said in a blog post.

During the introduction to his song, Bolton noted that Public.com says it does not sell transactions to third parties.

“I know a thing or two about breakups. And I’m here to help,” Bolton said.

Robinhood has consistently championed its use of order flow payment, which accounts for more than half of the company’s revenue.

During the first half of 2020 alone, Robinhood estimated that its customers received more than $ 1 billion in price improvements, the price they received compared to the best price on a public exchange.

Citadel Securities, the high-speed trading firm to which Robinhood ships many of its orders, has similarly advocated the practice.

“It is a key reason why retail investors can trade for low or free commissions,” said Citadel Securities founder Ken Griffin during the hearing.