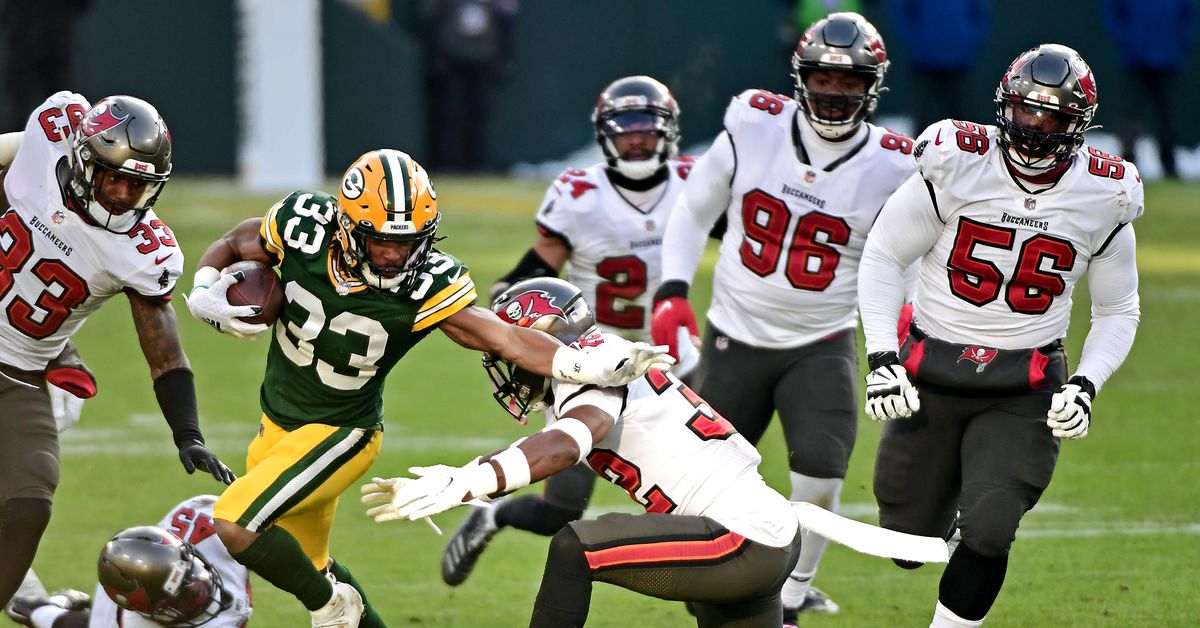 Free agency is still three weeks away, but rumors are already in full swing. The latest gossip includes running back Aaron Jones and the Miami Dolphins.

The NFL’s New Year begins at 4 p.m. on March 17, when teams can acquire free agents, and Barry Jackson of the Miami Herald reports that there is a mutual interest between Pro Bowl running back Aaron Jones and the Miami Dolphins.

Jackson noted that these rumors have circulated since early February.

“Those reports of Dolphins interest were confirmed to me by a league source who speaks to the Dolphins but is not affiliated with Jones,” Jackson wrote.

The Miami Dolphins are expected to have $ 26 million in cap space at this point, but they can make room by restructuring contracts or cutting veterans, as Jackson points out in his story.

Pro Football Focus predicts that the Miami Dolphins will sign Jones to a four-year deal with $ 25 million in guaranteed money, which appeared in a story that predicts where top running backs can sign this offseason.

Jones would be scheduled to earn $ 12 million per year under the Projected deal, joining Myles Gaskin and Salvon Ahmed as Miami’s top three running backs. With the move, general manager Chris Grier would go against the idea that teams shouldn’t pay running backs.

Pairing top-tier free agents with the Miami Dolphins has become a tradition over the past decade. Note that where there is smoke, there is fire.