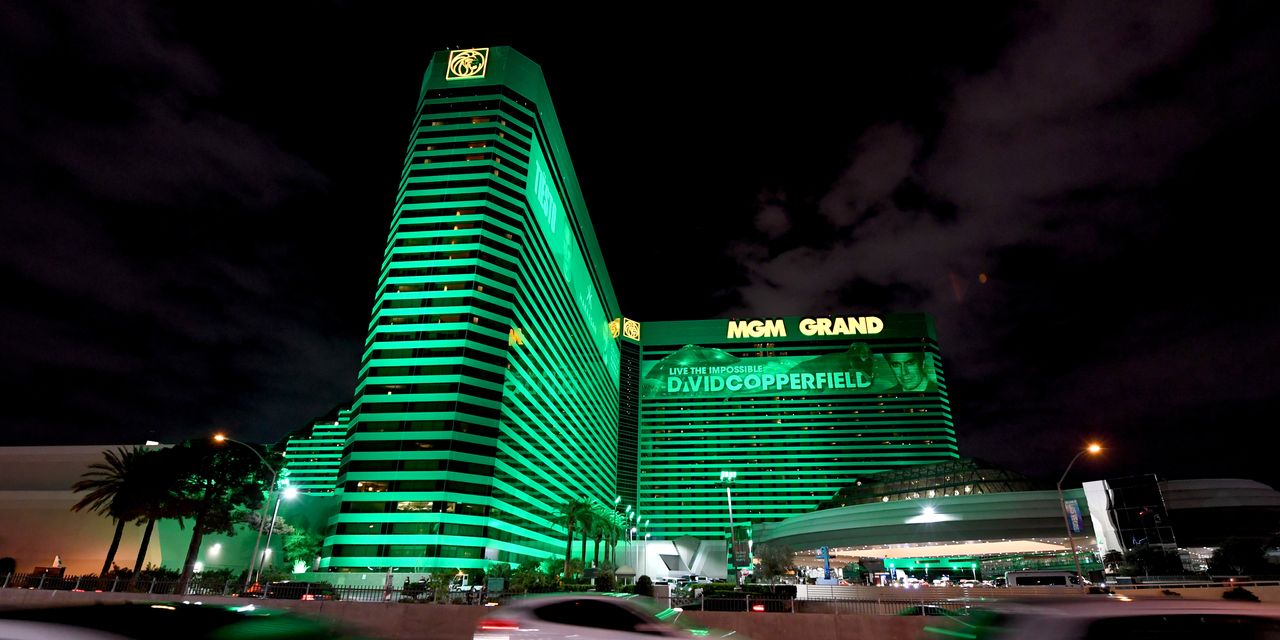 suffered large pandemic-related losses in the fourth quarter and in 2020 due to the company’s significant presence on the Las Vegas Strip.

With its heavy reliance on group travel, conventions and air travelers, the Strip has not been friendly to casino operators during the pandemic. Capacity restrictions due to Covid have also affected the casino’s operations.

Regional casino operations and online gambling platform BetMGM helped lessen the damage, 2020 was a difficult year for the company.

Revenue plummeted to just under $ 1.5 billion, down from nearly $ 3.2 billion in the corresponding period in 2019, although it improved from about $ 1.1 billion in the third quarter.

“We remain diligent in navigating the short-term operating environment, aggressively managing our operating model and cost structure,” Chief Executive Officer Bill J. Hornbuckle told analysts during an earnings conference call Wednesday after the market closed. “I am optimistic about the long-term recovery of all of our markets and I believe that MGM is well positioned to gain share.”

MGM shares were around $ 36 in after-hours trading, down about 1%.

According to the company’s 2020 annual report, roughly 80% of its roughly 45,000 rooms and suites were located in facilities on the Strip.

Fourth quarter net revenue for that segment fell 66% to $ 480 million, almost unchanged from the third quarter, “due to the pandemic and related operating restrictions, as well as midweek hotel closings in Mandalay. Bay, The Mirage and Park MGM for part of the current quarter, ”according to the press release announcing the company’s results.

“The fourth quarter started relatively strong here in Las Vegas with hotel occupancy around 46% during October,” Hornbuckle said, adding that October was the company’s strongest month since the start of the pandemic. “But public health concerns held back visits during the quarter.”

That has continued “at least until now until February,” he said.

“We believe that these headwinds will continue in the short term. With Nevada’s current collection guidelines in place and public health sentiment where it is, we expect midweek business to be challenged during the first quarter. “

Looking ahead, Hornbuckle said that “assuming the majority of the population is willing to resume normal activity, which we saw flashes last summer, we believe demand for Las Vegas travel and visits could be strong later in the year. “.

For the company’s regional casino operations, fourth quarter net revenue outperformed, falling 34% year-over-year to $ 595 million, but 7% higher than the third quarter. The company’s properties include MGM Grand Detroit, which was closed for part of the fourth quarter.

Regional casinos rely less on conventions, meetings, and entertainment than Las Vegas and other larger markets.

The company said that its BetMGM sports betting and igaming platform continued to perform well and gain market share. It is now living in 12 states, including New Jersey, Tennessee, Iowa and Colorado, and the company said it expects to be in 20 states by the end of the year.

The company has operations in Macau, but is much less dependent on the market than

MGM Resorts said its net income for MGM China fell 58% in the fourth quarter to $ 305 million, but well above the $ 47 million in the third quarter.

As of December 31, cash and cash equivalents totaled about $ 5.1 billion. Total liquidity was $ 8.8 billion.