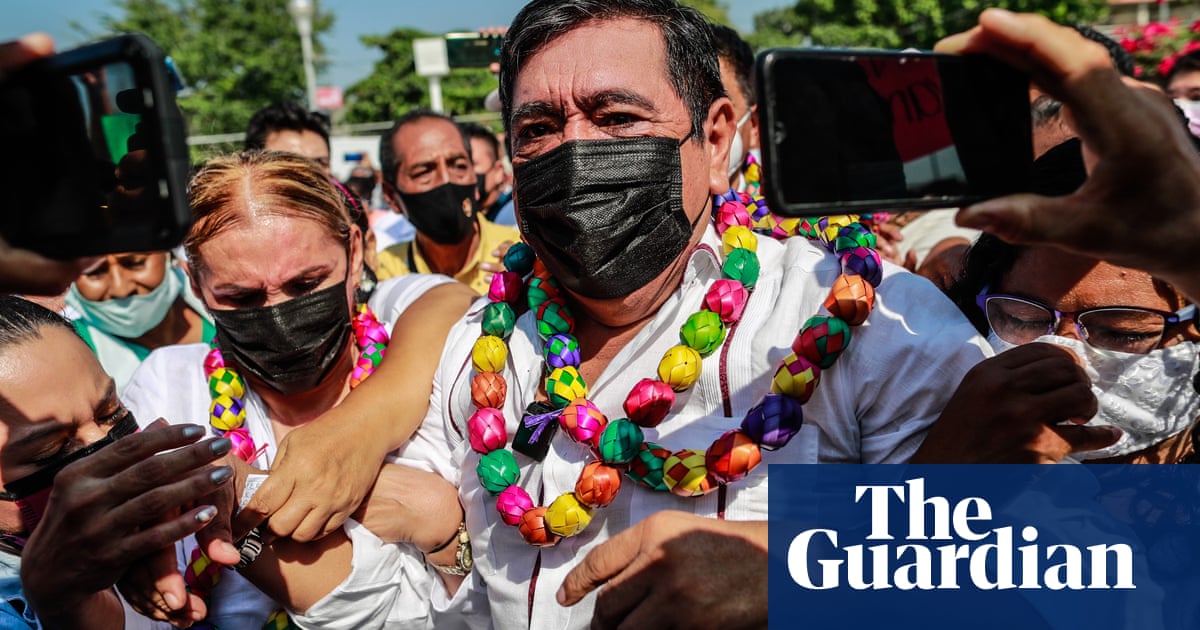 Mexico’s electoral agency has withdrawn the registration of the ballot for a state candidate from the ruling party who was nominated despite allegations of rape against him, but the move was taken for technical reasons and not because of the allegations.

The decision drew the ire of President Andrés Manuel López Obrador, who has defended candidate Félix Salgado and criticized women’s groups that opposed his candidacy.

“This is an attack on democracy,” López Obrador said on Friday, saying that “high-powered mafia interests” wanted Salgado to be disqualified as a candidate for governor of the southern state of Guerrero. “This is undemocratic.”

The National Electoral Institute ruled Thursday night that Salgado had not reported the money he spent during the primary process and that his candidacy would no longer be officially recognized.

Mexico will hold state and federal midterm elections on June 6.

Salgado won López Obrador’s Morena party nomination earlier this month, despite protests from women’s rights activists. He has not personally addressed the allegations, although his attorney has denied them.

Salgado vowed on Friday to oppose the decision in court, calling it “rude and arbitrary,” but did not say whether he had reported all expenses as required by Mexico’s electoral laws.

Salgado was chosen as a candidate by a poll of members of the Morena party despite protests across the country over the fact that two women accused him of rape.

López Obrador was injured by protests against his administration for his refusal to break with Salgado. The president said that the issue should be left to the voters in Guerrero, and affirms that it is raised by his enemies, “the conservatives.”

Salgado has not been charged; the statute of limitations ran out in one case and the other is still under investigation.

Salgado, who calls himself bull, or “Bull,” is a former federal legislator and mayor of Acapulco who has been known for questionable behavior in the past. It was filmed fighting with the police in Mexico City in 2000.

Former Guerrero state prosecutor Xavier Olea told the Associated Press that the current Guerrero governor, Héctor Astudillo, ordered him in 2017 not to investigate one of the rape allegations against Salgado, although Astudillo has denied this.