Mexico complains of tourists without masks and closes ruined site 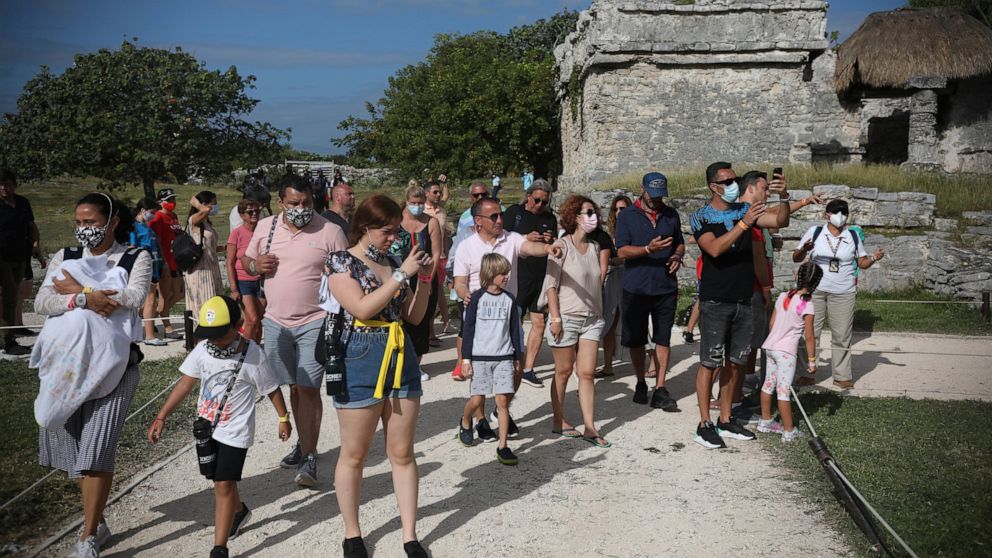 Authorities on Mexico’s Yucatan Peninsula have complained that tourists do not wear face masks, as Mexico prepares for a surge of Easter visitors.

MEXICO CITY – Authorities on Mexico’s Yucatan Peninsula complained on Friday that tourists do not wear face masks as Mexico prepares for a surge of visitors during Holy Week.

The acting chief of police for the state of Quintana Roo, on the Caribbean coast, patrolled the streets of the Tulum resort, reminding people to wear his masks and complaining about how few did.

“It is unfortunate to see how undisciplined things have become,” said Lucio Hernández Gutiérrez. “It was really frustrating to see hundreds of people walking around without masks,” noting that tourists were the worst offenders.

“It’s really embarrassing that we have to get to this point, of asking people (to wear masks), when we must be aware of the risks we face,” he said.

Federal authorities have decided to close the Chichén Itzá Mayan ruins site in the neighboring state of Yucatán from April 1-4 to prevent the possible spread of the coronavirus. The sprawling temple complex is the second most visited archaeological site in Mexico and typically attracts around 1.8 million visitors per year.

And for the second year in a row, the most famous reenactment in Latin America of the crucifixion of Christ will take place without spectators in Mexico City. Instead, the multi-day ceremony will be broadcast,

The show had drawn about 2 million viewers in recent years, but authorities said such a large crowd would be too risky during the pandemic.

The detailed action has been developed in the municipality of Iztapalapa since 1843, but it was closed to the public in 2020 for the first time in 177 years due to the virus. It was first performed in 1843 after a cholera outbreak threatened the then rural village.