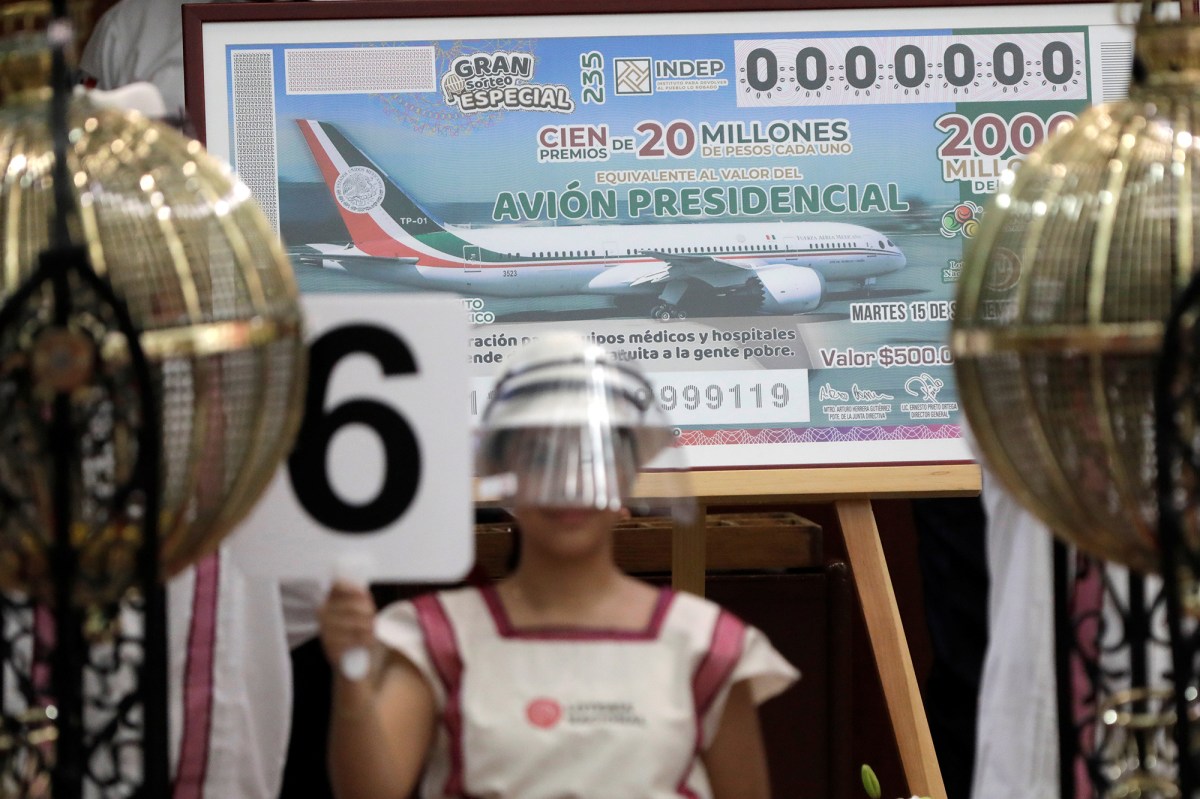 MEXICO CITY – Mexico’s national lottery was set to make 100-millionaires on Tuesday, with a very popular ruffle, slammed by the government as a symbol of the corrupt excesses propounded by its predecessors The luxury was tied to the presidential jet.

The total prize money loosely represents the value of the Boeing 787 Dreamliner that President Andres Manuel López Obredor has promised to sell to raise funds for social events.

Mexico has struggled to find a buyer for the jet, and the raffle was conceived as an alternative way to fund, particularly for the public health sector.

Children mixed balls in brass balls before drawing numbers to create 100 winning combinations in a spectacle broadcast on live television as part of the Independence Day celebration.

Held at the headquarters of the National Lottery, which was founded by King Carlos III of Spain in 1770, Ruffle López Obredor is part of efforts to cast himself as the leader to free the country from decades of corruption.

Out of the 6 million tickets offered, 100 winners can claim 20 million pesos, or just under $ 1 million. As of last week, only 70% of tickets were sold out, but last-minute interest led to long lines at lotus booths.

It was not immediately clear how many tickets were sold by the 2:00 pm (1900 GMT) cut-off, but smiling buyers crowded some booths in the capital and south of the country.

Lopez Obredor has promised that the proceeds will go mainly towards chronological public hospitals. Officials did not announce the names of the winners, which may include health clinics awarded hundreds of tickets by the government.

The prize money is partially funded by the sale of the seized property, including items taken from alleged narcotics smugglers. Critics say the incident is an unforgivable use of scarce funds that should instead be assigned directly to the budget.

In the past week, government officials and associates have marketed 500 pesos ($ 24) of tickets intensely. A government agency spent about $ 24 million on the event and some public employees complained that they were obliged to participate.