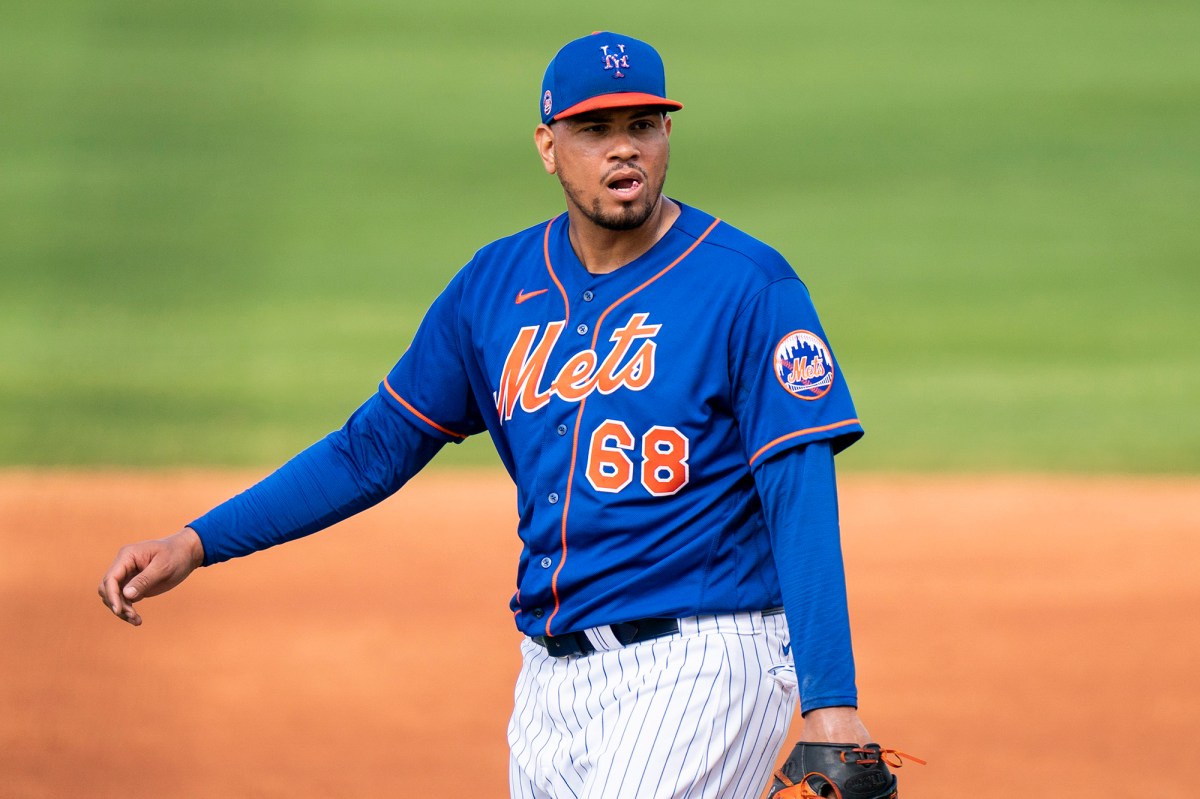 WEST PALM BEACH, Fla. – As a former All-Star coming off a disappointing season restricted by health issues, Dellin Betances could be the most scrutinized Mets reliever in camp.

The right-hander struggled in his Grapefruit League debut last week, but showed improvement Monday, when he allowed a dirty run in the fourth inning of the Mets’ 9-5 exhibition loss to the Nationals.

“I felt like I was attacking the strike zone for the most part today,” said Betances, whose fastball mostly sat in the 90-92 mph range, with a pitch of 94. “It’s something I have to continue. make and make sure my pitches are more consistent. “

Betances allowed a two-out double to Starlin Castro before Alex Avilia hit a groundout on the turn that should have been the third out. But JD Davis threw it in the trash, allowing the run to score.

Last spring training, Betances was returning from a torn Achilles tendon and may not be ready if the season started on time. He missed most of September after straining a lat.

“I like his stuff more than last season,” said a major league talent screener. “I think his speed will pick up by Opening Day.”

Carlos Carrasco launched a simulated game in Port St. Lucie and will pitch for the first time in an exhibition game this spring, either this week or early next, according to manager Luis Rojas. The Mets will send Taijuan Walker to the mound on Tuesday for his first exhibition start, and Jacob deGrom is scheduled for Thursday after a blank day on the schedule.

Dominic Smith started at first base, the first time he has played a position this spring, as Rojas looks to gradually increase his activity. Rojas indicated that most of Smith’s action this spring will come in left field, which will become his primary position in the absence of a universal designated hitter.

Pitcher Jordan Yamamoto mishandled Juan Soto’s groundout in the first inning on an error, leading to the two runs (sums) they scored against him during the day. The right-hander pitched three innings and allowed three hits and one walk. Yamamoto is competing for fifth place in the Mets’ rotation with David Peterson and Jonathan Lucchesi, among others.