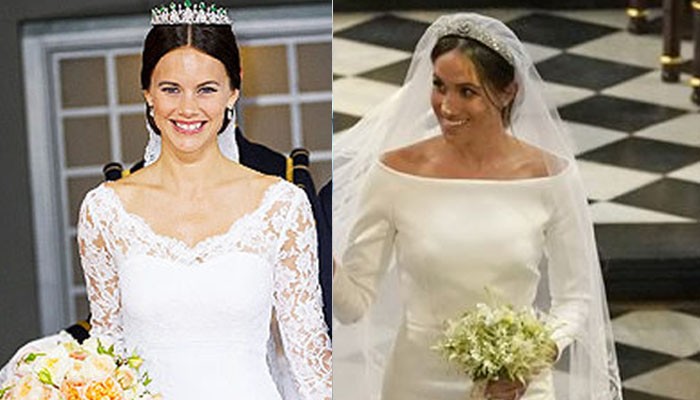 Princess Sofia of Sweden reportedly did not like Meghan Markle and Prince Harry’s decision to step away from royal duties.

Princess Sofia – who has reportedly faced similar struggles with the press as Meghan Markle – said she would never leave the Duke and Duke of Sussex, despite the ‘stormy years’ following her royal wedding.

When asked – in a new documentary for the Swedish TV channel – whether she had ever considered making a royal exit like Meghan and Harry, Sophia replied: “No. Not really.”

She says: “I think I have found such a great balance, and I really see it positively that I have made it through these stormy years. It is such a huge benefit, that we have the opportunity to stand up . ” Very little in both worlds. ”

Sophia continued: “Ever since I became a princess, I have gone through many identity crises. Here in South Africa, I have a type of identity and when I come home I have something else. Here I am Allowed to be what I want. ”

Sharing some facts about her struggle, the former glamor model said she made it through some “stormy years” after marrying Prince Carl Philip in 2015.

The “stormy years” may be a reference to the early years of her relationship with Prince Carl Philip, Sophia noted. She received critical acclaim for the lead role in the couple’s royal wedding, after several media outlets published stories and pictures from her time as a glamor model and a reality TV star.

The Duchess of Sussex has drawn similar criticism in the years following her marriage to Prince Harry in 2018. Meghan Markle has faced criticism from both the press and anonymous sources who allegedly worked with her as a television actress.

Meghan and Harry made an announcement in January about their resignation from the royal family, with their final royal engagement taking place in the spring.