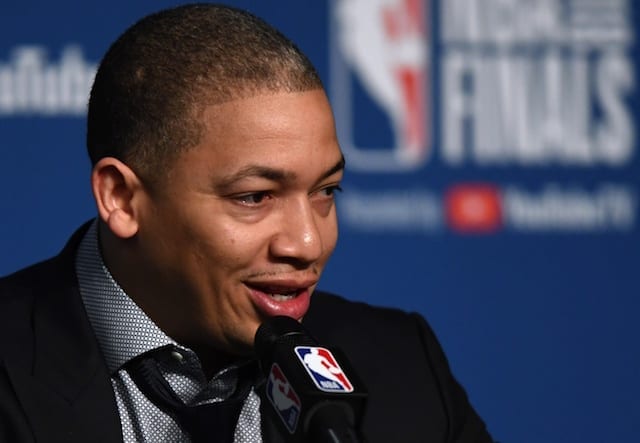 The Los Angeles Lakers hoped to have a long-term solution in head coach Luke Walton and, although he surpbaded predecessors Mike Brown, Mike D'Antoni and Byron Scott, Walton's term came to an end after only three seasons. .

He spent much of the NBA's 2018-19 season in the proverbial hot seat, particularly after a controversial meeting with former Lakers basketball operations president Magic Johnson. Apparently, Walton's fate was almost decided to an end at the end of the season, but there was some belief that changed with the sudden resignation of Johnson.

Three days after Johnson retired, the Lakers and Walton cut ties. Although it was presented as a mutual decision, a report suggested that Walton hoped to keep the franchise. However, he landed three days later when he was officially hired as the head coach of the Sacramento Kings.

Meanwhile, the search for the Lakers focused mainly on the former head coach of the Cleveland Cavaliers, Tyronn Lue, and badistant Philadelphia 76ers, Monty Williams. According to Brad Turner of the times of L.A., Lue is scheduled to meet with Lakers general manager Rob Pelinka this week:

Tyronn Lue will meet with Lakers general manager Rob Pelinka on Friday in Los Angeles about the work of head coach of the team that was available when Luke Walton was fired, according to the sources.

Pelinka and the top executives of the Lakers are also expected to travel to the East Coast for a meeting with Williams before Game 3 of the first-round playoff series of the Sixers with the Brooklyn Nets. The victory of Philadelphia on Monday night tied them.

Lue was fired by the Cavs after a season opener of 0-6. It was 211-183 during four-year parts at the helm, which included three consecutive trips to the NBA finals and one championship.