Meet Mike LaFleur, who will come from Robert Saleh to the Jets 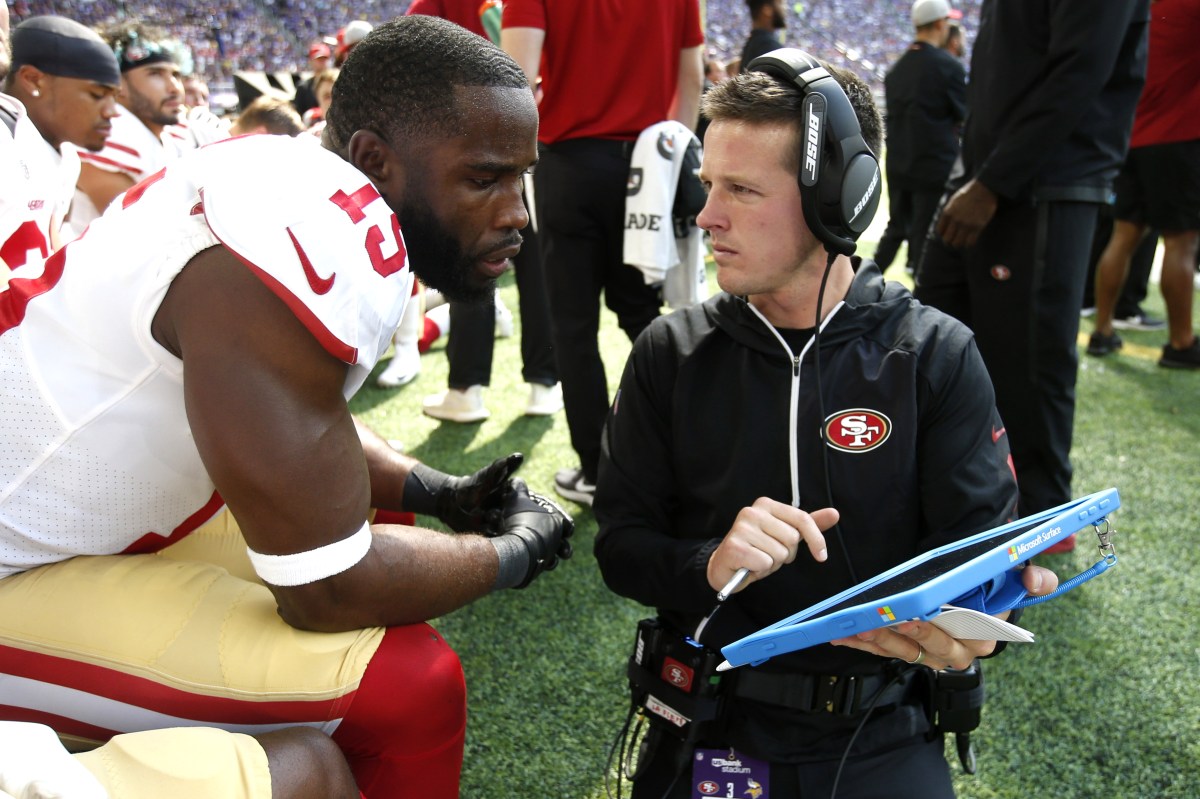 According to The Post’s Brian Costello, Mike LaFleur, younger brother of Matt LaFelur, the main brother of the Green Bay Packers, is believed to be coming to Saleh from the San Francisco 49ers for New York.

Lafleur, 33, has been on Kyle Shanahan’s staff with the Niners as the team’s sports coordinator for the past four seasons. He also worked with the team as a wide receiver coach before hiring Wes Welker to fill that role in 2019.

LaFleur at Elfurst College (Illinois) quarterback previously worked with Shanahan as an offensive intern in Cleveland (2014) and as an offensive assistant in Atlanta (2015-16) when Shanahan was the off-season coordinator with those NFL teams Were.

Shanahan joked in December that he informed Saleh – then the Ninnars’ defensive coordinator – that he could not take any San Francisco assistant with him if he landed a head coaching gig.

Shanahan said, “I tell him that he is not allowed to carry anyone.” “Sometimes I can rest a little on that, but I usually set the bar very low, and then we’ll see what happens after that.”

Matt LaFelur requested to interview his younger brother for the inaugural Green Bay offensive coordinator in 2019, but Shahan declined the request. The NFL enacted a rule in 2020 prohibiting teams from interviewing offensive assistants for coordinator positions.

Matt LaFleur has been the head coach of the Packers for two seasons, leading them to the NFC Championship Game last season and the 13–3 mark this year. They are No. 1 in the NFC and will face the Los Angeles Rams in the divisional round on Saturday.