Mavericks called the Warriors about the Kristaps Porzingis trade. Who would Dubs send back to? 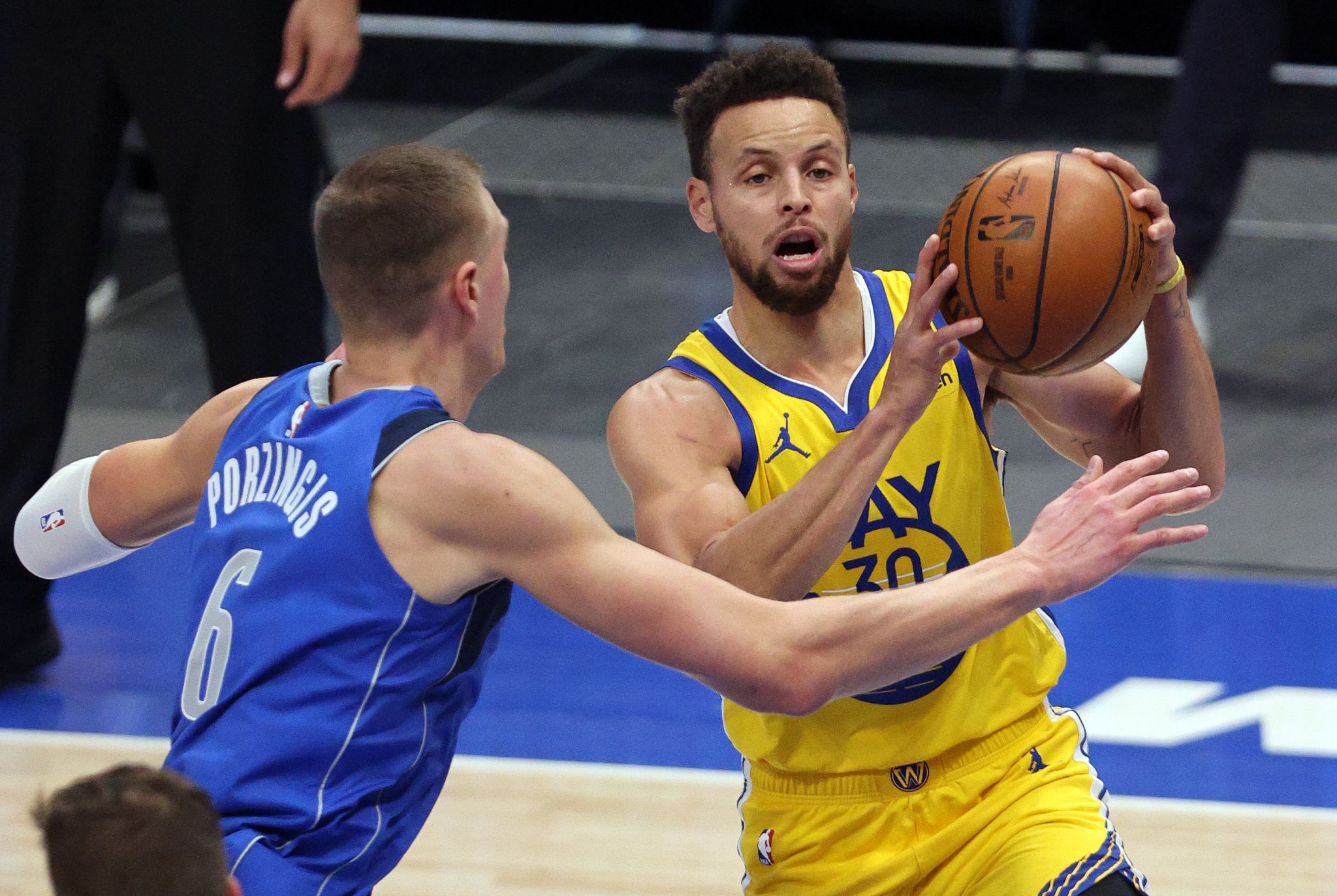 The Dallas Mavericks have underperformed this season. Despite having MVP candidate Luka Doncic, they are only 14-15 overall, currently the ninth-best in the Western Conference.

Dallas has played better lately, winning five of six, but the team hardly seems like a postseason contender. A big reason for this is the performance of the big man Kristaps Porzingis, who is supposed to be Doncic’s partner. At first glance, Porzingis’ stats look good enough: 20.5 points, 8.2 rebounds, and 1.6 blocks per game. But Porzingis has been averaging less than 30 minutes per game and is shooting 6.4 3-pointers per game, partly as a result of Dallas’ scheme and partly because he’s clinging too tightly to the perimeter.

Perhaps trying to turn things around, the Mavs reportedly called the Golden State Warriors to discuss a Porzingis trade, says SNY’s Ian Begley. For what it’s worth, Mavericks owner Mark Cuban squashed that rumor this week, though I’m not sure what else he would have said.

Assuming for a moment that call made Happen, I’ve been trying to figure out what the Warriors would get out of this. Rookie James Wiseman is the team’s long-term solution at center. His rank is not Porzingis’s, but he can shoot, and the numbers to improve in that department. The rest of his skill set, especially on defense, projects to be on par or maybe even better than Porzingis’s skill set.

But for the purposes of this exercise, I turned on the Trading Machine. The only trade that seemed remotely fair to both sides, assuming Wiseman is off limits, is something like: Porzingis in exchange for Kelly Oubre, Jr., Eric Paschall, Kevon Looney, Kent Bazemore, Alen Smailagic and the top pick. Minnesota round. in 2021 (the first three protected and then unprotected in 2022).

For the Warriors, you get a former All-Star big man who has a four-year contract, and you hope he and Wiseman can create a strange and intriguing frontcourt with forward Draymond Green. Losing a lot of depth in the front slots is a problem, but you can probably find some decent replacements in the next month when the men are bought from their contracts.

For the Mavs, you get an expiring contract in Oubre, who’s playing a lot better as of late, plus a couple decent players in the frontcourt (Paschall and Looney) and a super valuable future draft pick that you hope. may better match Doncic. Basically, you are also waving the white flag in 2021.

Would a trade like that be worth it? For the Mavs … maybe. For the Warriors, I’m even less convinced. That’s the best I could muster based on this rumor, and it would be very curious to know who Dallas would want back.