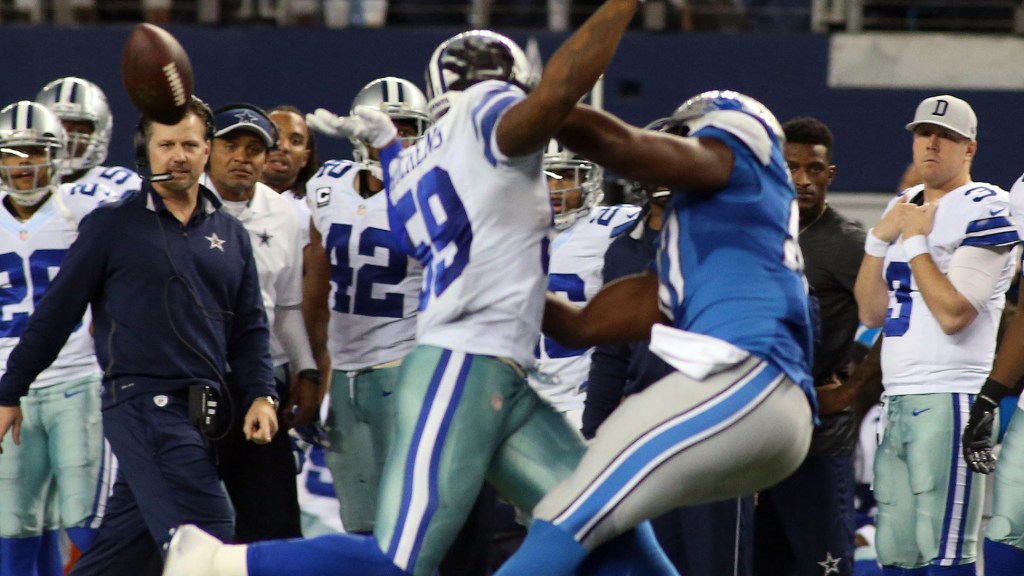 Matthew Stafford never won a playoff game in his 12 seasons in Detroit. But the best quarterback the franchise has ever had in the Super Bowl era knows he was close in 2014.

That was the year the Lions lost in Dallas to the Cowboys as a wild-card team in a controversial game. Umpires mistakenly took a pass interference flag thrown at the Cowboys defense late in the game that effectively ended any chance of the Lions winning, even though the play was clearly guilty of a foul.

Stafford reflected on the 2014 team in his extensive and excellent interview with Mitch Albom. The excerpt from the discussion should resonate with Lions fans who are still upset with the poor decision that ruined Stafford’s best team.

“I think in 2014 when we went to Dallas for the playoffs. That was probably the most complete team I’ve ever been on, to be honest, “Stafford told Albom via Free Press. “I didn’t think we were good enough on offense. I thought we were good enough on defense. We were very good on defense that year. And it wasn’t that we didn’t have the players on offense, because we had great players. We just didn’t click, you know, when we needed to. We didn’t play at a high enough pace on offense and he came back to catch us. “

Stafford mentioned the other playoff teams in Detroit he played for, 2011 and 2016, but returned to the 2014 team in conclusion,

“But I think 2014 was definitely the most complete team from top to bottom, player-wise.”

In that fateful season, Stafford won his first Pro Bowl spot. He threw for 4,257 yards and 22 TDs with 11 interceptions. Golden Tate (1,331) and Calvin Johnson (1,077) each surpassed 1,000 receiving yards. Glover Quin and Ndamukong Suh each earned a Pro Bowl spot from a defensive unit that finished third in total defense and second in scoring defense.

But it just wasn’t meant to be.