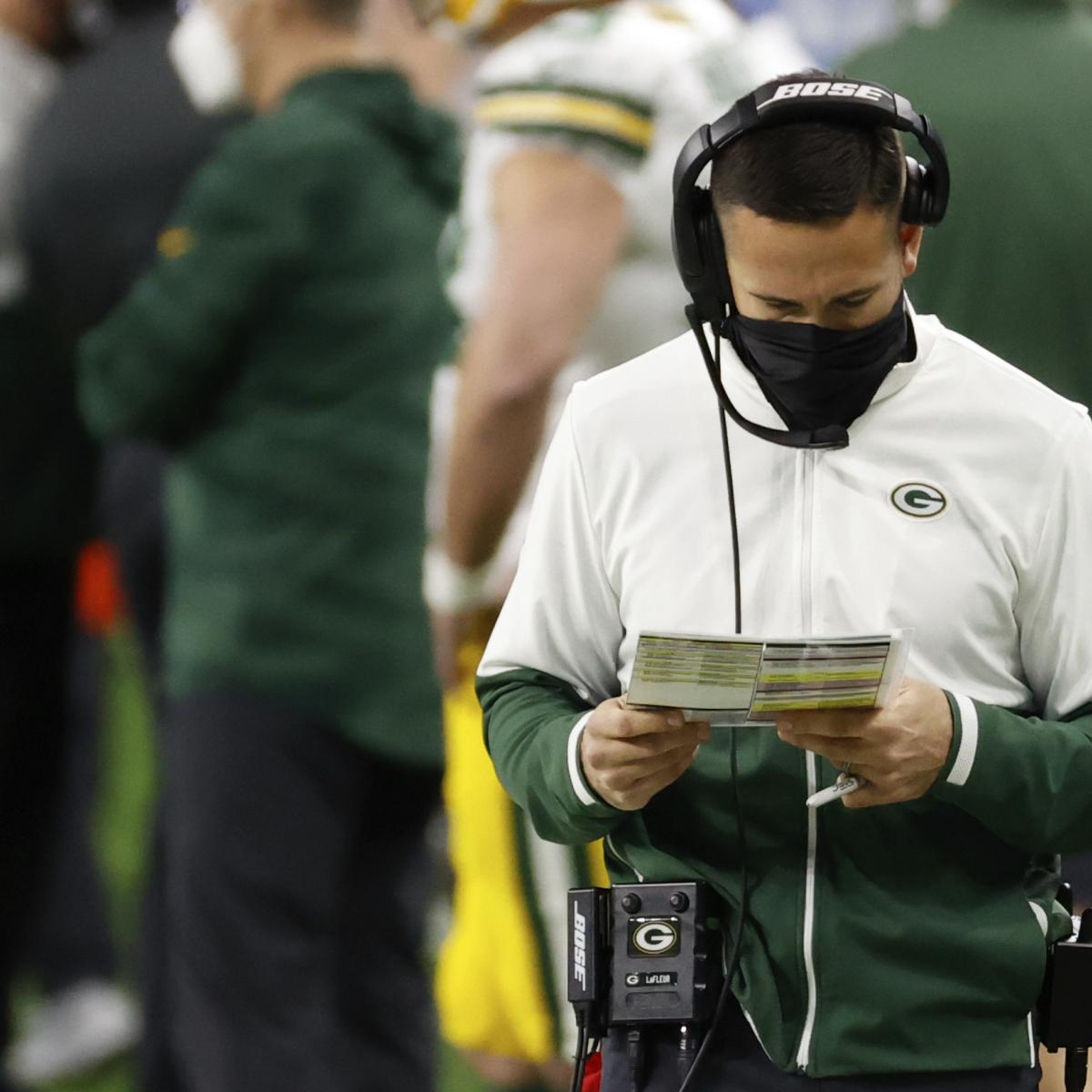 Green Bay Packers head coach Matt LaFelur defended his decision to attempt a field goal for his team instead of a touchdown and a two-point conversion that tied the game if successful.

The Packers outscored the Tampa Bay Buccaneers, leaving 31-23 to play 2:05. On a 4-and-goal at the Tampa Bay 8-yard line, LaFleur sent out Mason Crosby, who scored the second of his two field-goal attempts, 31–26.

The Packers defense failed to get the ball back, setting the stage for Tom Brady and the Bucs to advance to the Super Bowl.

LaFleur explained the decision after the game, telling reporters (h / t ESPN’s Rob Demowski) “felt it was the right decision”:

“Yeah, never does it work, you always regret it, okay! It’s just having three shots and coming in with no yardage and just knowing that you not only need a touchdown, but you get 2. -Point required [conversion]. The way I was watching it, we were essentially four timeouts with a two-minute warning.

“We knew we needed to get a stop, and I figured we were finally going to have a stop there, but we were called for it [defensive pass interference] And it did not work. I think nothing works at any point, do you regret it? Sure, but we’re always going to be process-driven here, and the way our defense was playing, the way our defense was playing, it felt like it was the right decision. It just didn’t work.

Leading for the kick, Aaron Rodgers had three incompletions to cap a nine-play, 58-yard drive that ate up just 2:37 off the clock.

The defense served Tampa Bay in 3rd-and-4 at the Buccaneers’ 37-yard line, but Packers cornerback Kevin King was whistled for a pass interception, resulting in a 15-yard penalty and first down. On the next play, which came from the Packers’ 48-yard line, Green Bay scored a five-yard penalty for keeping multiple players on the field.

The kick decision drew questions from many viewers, including a bet on a Packers team that entered as a 3.5-point favorite:

The ringer @The bell

Every Show on Monday: Should the Packers have hit a field goal? Everybody: https://t.co/8P79GjE2ZW

He hit a field goal? https://t.co/X6fB0UCdkb

Rodgers, who threw for 346 yards, three touchdowns and an interception and drowned in the loss five times, said he had nothing to do with the decision to kick:

“I didn’t have a decision on that… I’m thinking, with all our timeouts over two minutes,” Rodgers said. “But it was not my decision.”

The Buccaneers awaited the winner of the AFC Championship between the Buffalo Bills and the Kansas City Chiefs.