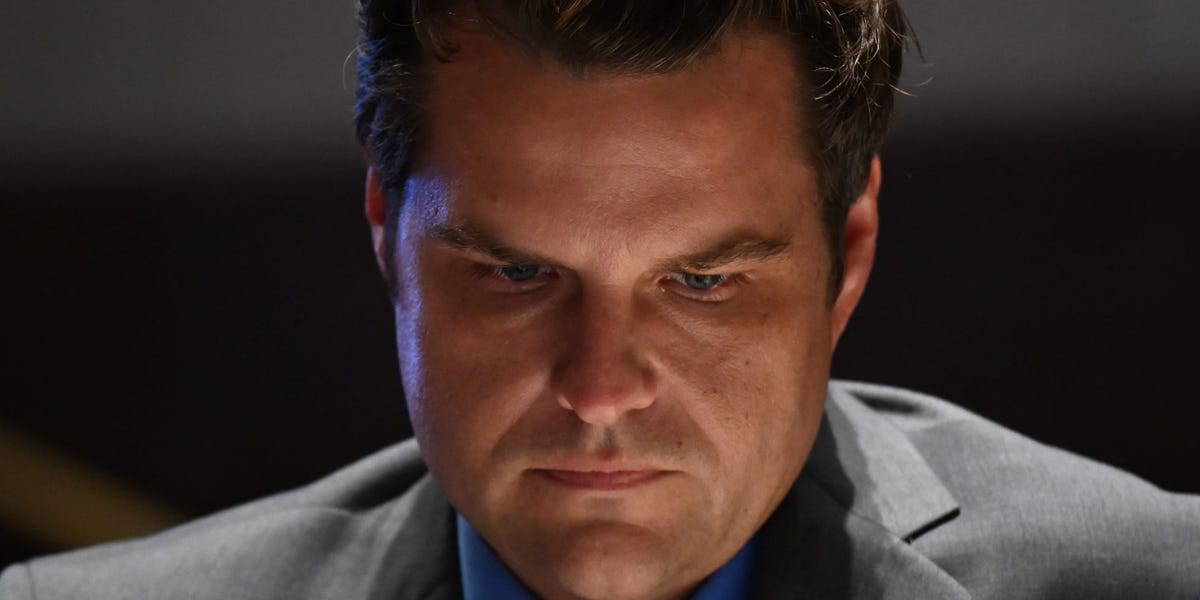 Even as a federal investigation into sex trafficking allegations looms over his head, Matt Gaetz will headline a conservative, pro-Trump women’s gala event taking place at a Trump-owned Florida golf resort this week.

The Save America Summit, organized by the group Women for America First, will be held at Trump National Doral in Miami. Gaetz is expected to be one of the keynote speakers at the event.

“Rep. Matt Gaetz has been a fearless leader in DC. Few members of Congress have been more willing than Matt to stand up and fight on behalf of President Trump and his America First Agenda.” tweeted the Women for America First group. “We are honored to have @RepMattGaetz speaking at #SaveAmericaSummit!”

According to the group’s website, the “exclusive” weekend will cost a “fantastic” rate of $ 199 per night to attend. Meanwhile, the gala dinner where Gaetz will speak will be on the theme of “Americana”, with “BBQ, Boots & Bluegrass”.

This will be Gaetz’s first public appearance since news of the Justice Department investigation broke.

His attendance at the event also indicates that the Florida lawmaker, who was a vocal supporter of Trump and one of Trump’s favorite members of Congress, is still very much aligned with Trump’s cause, even though the former president was silent on the federal investigation.

Gaetz continues to redouble his efforts and deny all allegations made against him, despite a Justice Department investigation into whether he paid for a 17-year-old girl to travel and have sex with him. Gaetz has claimed on multiple occasions that the allegations were part of a smear campaign by the Justice Department to extort millions of dollars from his family.

On Monday, Gaetz wrote an op-ed in which he said he was “not resigning at all.”

“Washington’s cycles of scandals are predictable and sex is especially potent in politics. First, let me remind everyone that I am a representative in Congress, not a monk, and certainly not a criminal,” Gaetz wrote in the Washington Examiner.

However, it emerged on Tuesday that Gaetz asked Trump for a blanket and preventive pardon before the former president left office in January. It is unclear whether Trump or Gaetz knew that a federal investigation into Gaetz had begun.

Insider has reached out to Gaetz and the Women for America First organization for comment.