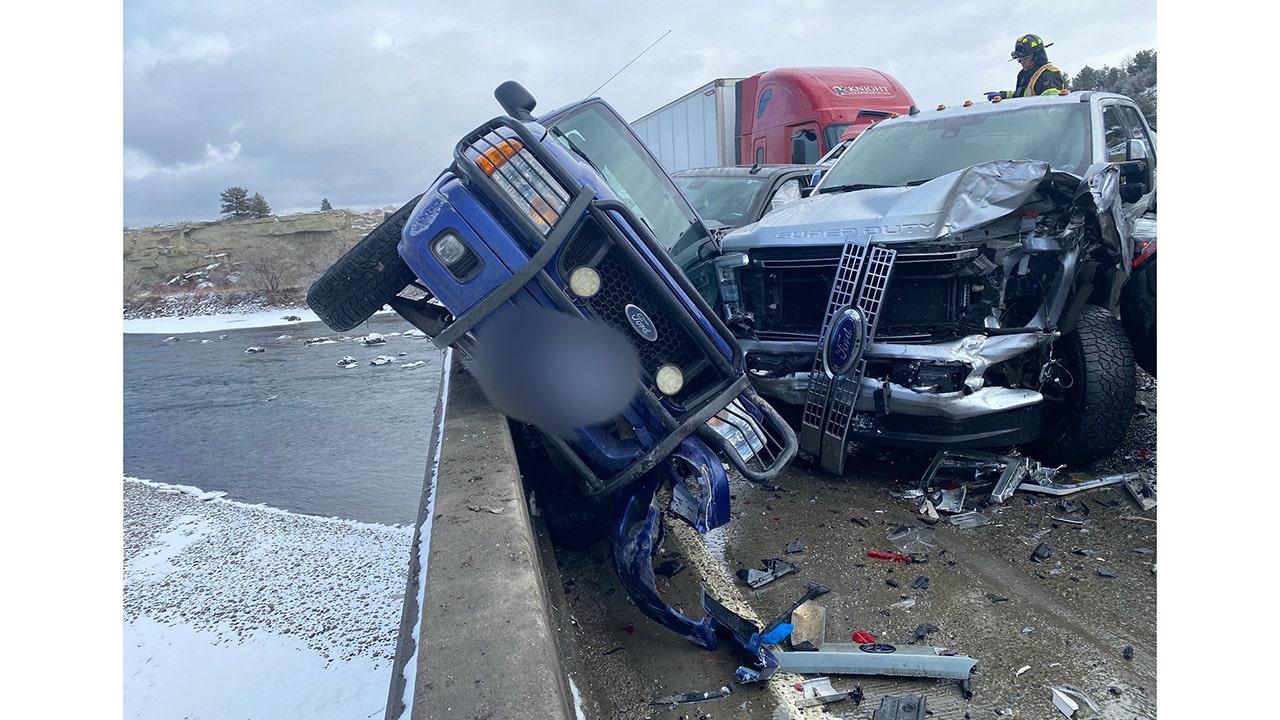 Icy conditions on the Yellowstone River Bridge led to a 30-car crash shortly before noon on Saturday, the Montana Highway Patrol said.

No fatalities have been reported, but two people are seriously injured.

At least one person fell off the Yellowstone River Bridge, according to the Billings Gazette.
(Montana Highway Patrol)

Part of I-90 was closed as it took authorities more than two hours to tow all of the wrecked cars away from the scene.

A traveler told the Billings Gazette that while braking to keep cars from stopping in front of her, a truck crashed into her vehicle.

“It was like bumper cars,” he told the newspaper.

It was around 30 degrees in Billings when the accident occurred.

One of the deadliest multi-vehicle accidents in recent memory took place earlier this month when six people were killed and dozens injured in a 133-car crash in Fort Worth, Texas.