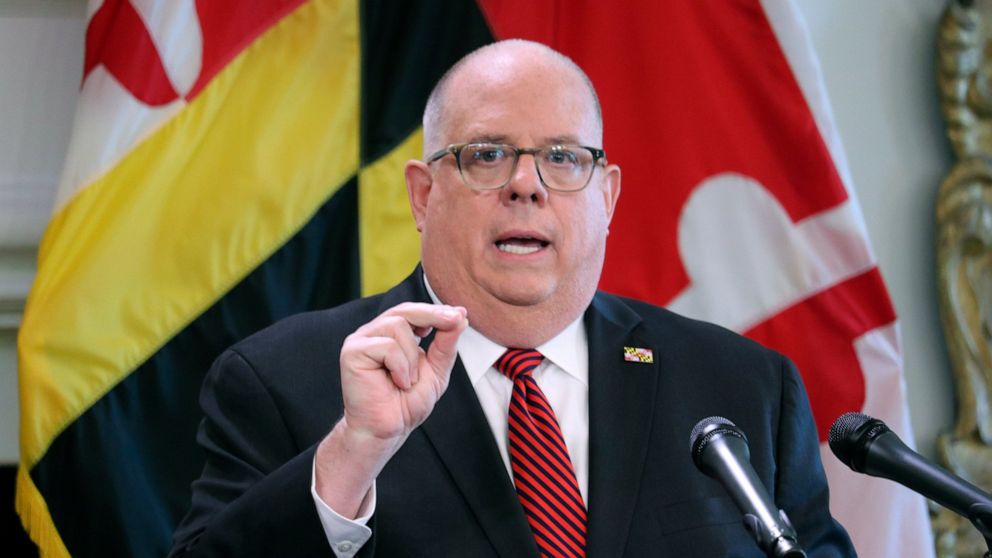 A Republican governor who is rumored to be looking for a race for the White House in 2024 says the Republican Party should be a “bigger tent party” after President Donald Trump leaves office.

WASHINGTON – A Republican governor who was rumored to be looking for a career for the White House in 2024 said Sunday that the Republican Party should be a “bigger tent party” after President Donald Trump leaves office.

Larry Hogan of Maryland, known for breaking up with Trump, told NBC’s “Meet the Press” that he “doesn’t know what the future holds in November.”

“But I know that the Republican Party will analyze what happens after President Trump and whether that is in four months or four years,” said Hogan. “And I think they’re going to be looking, ‘How do we go about becoming a bigger tent party?'”

The reprimand was a rarity for Republicans, who have largely feared criticizing a president who is still popular with Republicans despite questions about how he has handled the COVID-19 pandemic.

Hogan did not rule out voting for Joe Biden, the Democrat challenging Trump in the November election. In 2016, Hogan wrote on behalf of his father, a former Republican congressman from Maryland.

“It is a difficult choice,” he said. “I think most people would like to see something different, and maybe we’ll find out in 2024.”

The governor pointed to his 2018 re-election as a model, when he won deep blue in Maryland by nearly 12 percentage points “on arrival, trying to find that midpoint where people can stay together” and avoiding “divisive rhetoric.” He also noted that he did well with women in the suburbs, a group that polls have largely abandoned Trump.

Hogan also raised questions with Trump’s decision on Friday to commute the sentence of lifelong political ally Roger Stone, who had been convicted of lying to help the president, and said that “it will certainly hurt politically.”