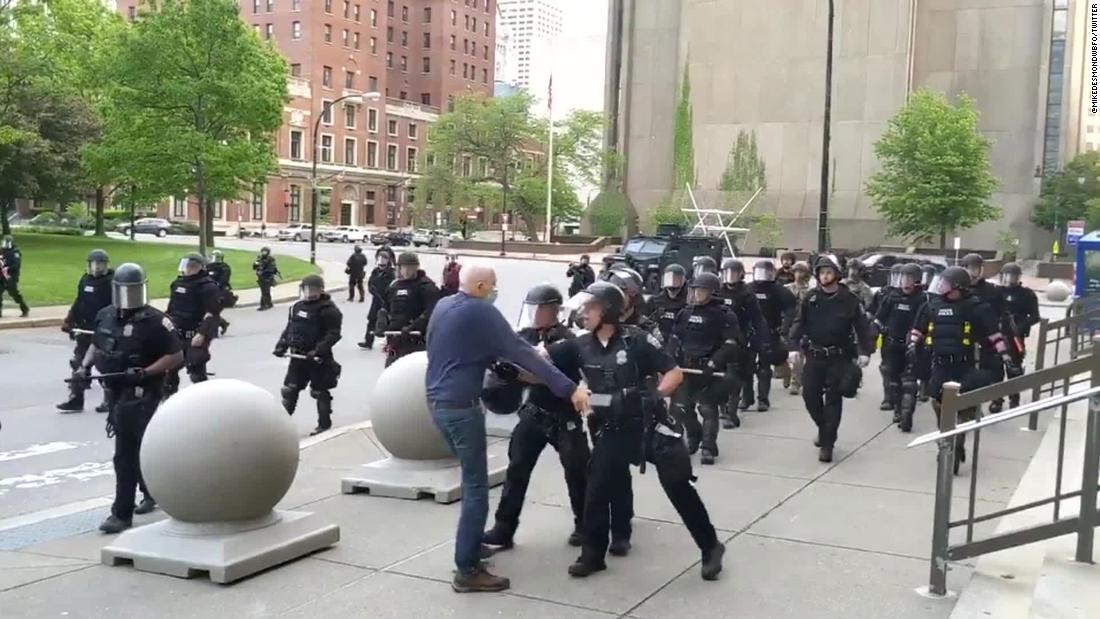 Gugino fractured his skull when he fell after officers pushed him to the ground on June 4, during a protest against racism and police brutality, his lawyers said. Among the charges Gugino alleges in his lawsuit are the illegal use of force and the violation of his right to freedom of movement.

“There is no reason for the police to dissolve that, unless they think some kind of illegal action is about to take place, a clear and present danger to someone for something,” Gugino said. “It wasn’t really a curfew. It was an intention to suppress dissent.”

Gugino accuses the defendants of violating their constitutional rights, specifically their rights to freedom of expression, peaceful assembly, protest, movement, unreasonable seizures, freedom from the illegal use of force by government agents and due process of law, according to their demand. .

“You do not have freedom of expression unless you have freedom of protest,” said one of his attorneys, Melissa Wischerath, in the statement. “If a person’s rights are taken away by the state, it hurts us all by eroding the foundations of our constitution.”

Gugino’s lawyers told CNN that they are requesting a jury trial.

CNN has reached out to the mayor’s office and the Buffalo Police Department for comment on the lawsuit.

The Buffalo Police Benevolence Association declined to comment when contacted by CNN on Monday.