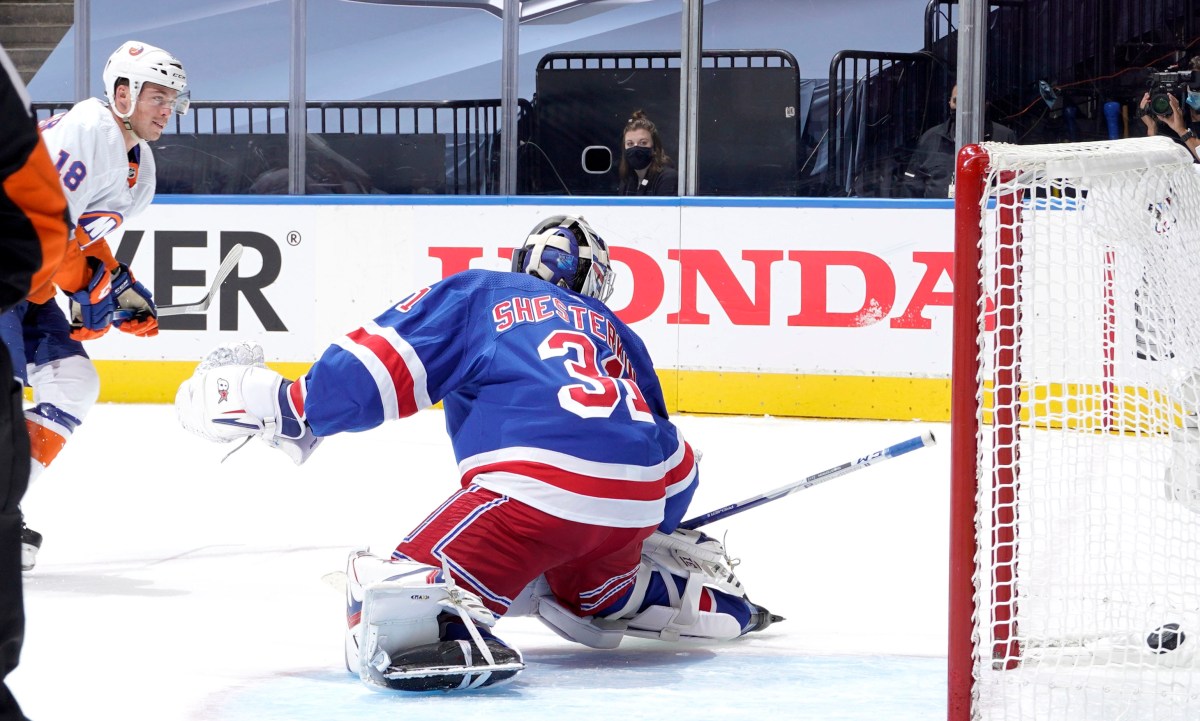 Anyone who really wanted to be out of this exhibition match had to be healthy. It is as if, after a scare, the Rangers met that objective.

Although Mark Staal, a blueshirt with 104 games of Stanley Cup playoff experience, lost 2–1 to the Islanders in Toronto after the second period on Wednesday and did not return, he would be good to go for Saturday’s Game 1 against Carolina. needed.

“It was just a precaution,” David Quinn said when asked about the issue. “[He’ll be OK.]”

Next time, of course, it will be real for the Rangers, who were relatively lukewarm in their warm-up on Wednesday, not that anyone should read too much of anything in this first game in 141 days, and who Was played without a fan in the stand.

The pace was great, even though the Blueshirts’ top-notch guys like Artemi Panarin and Mika Jibanezad often looked as if they were playing their first game in four-plus months. Same for Chris Kreider, who had not been in a competitive position on the ice since breaking his leg in Philadelphia on February 28.

The fact is, and this is an observation rather than a critique, that Panarin has been pedestrian since the Blueshirts officially re-organized on July 13. There is a speculation that this is an example of a brilliant athlete who moves towards Saturday knowing his body and his abilities, but the Rangers are clearly going to need their Heart Trophy finalists to cook only after noon on Saturday Let the snow fall.

Igor Shesterkin was barely tested in his prior work for Saturday’s expected Game 1 start, two goals on a close range Anthony Beauvillier through seven shots in the second period 29-15 through the second period . Beauvillier rounded, a small tip towards the stick, which was made by Andy Green’s stretch stretch, which caught Adam Fox on ice. The goal came on the first shot of the scoring islander.

Heinrich Lundkvist, who relieved Shisterkin was outstanding, only to be beaten by a right-winger Writer on Devon Toze, who ran away with less than five minutes to play in the third period. This represented a carryover of the camp, in which the king was extremely fast.

Lundakvist has started the last 127 playoff games for the Rangers, dating back to 2006 for the first round Game 2 against the Devils. Qualifying-round games will not count as playoff games, so Streak will survive, technically, even if Lundkvist is on the bench when the puck falls on Saturday.

Kappo Kakko played with the same confidence and touch of swagger he displayed at the two-week summer camp of the Blueshirts. David Quinn elevated Kakoko, who became a North-South player in the second line with Panarin and Ryan Strome for a handful of innings in the first round. The 19-year-old Finn did a fine job against Simeon Varlamov with third-line axle Philip Chipil in creating second-period scoring chances.

And it was Chesil who was driving over the net to bury the second shot of Jesser Fast, with 3:38 remaining in the match to bring the Blueshirts within 2-1. The Rangers have been a top-heavy, top-six team all season. If Kid Kako and Kid Chitil can make a dangerous third line, it will definitely change the dynamic.