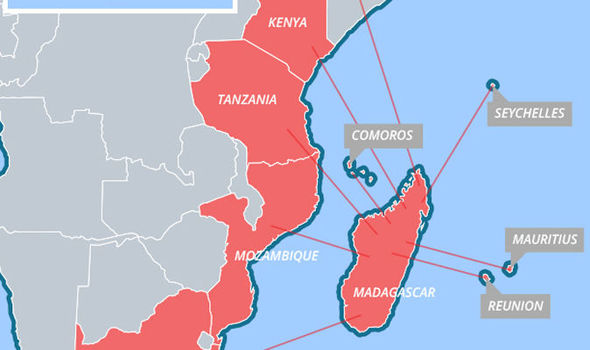 The latest outbreak, which took root in Madagascar, has now killed 124 people and infected around 1,300, but scientists say this figure will definitely rise.

South Africa, Mozambique, Tanzania, Kenya, Ethiopia, Comoros, the Seychelles, Mauritius and Reunion have all been placed on high alert by World Health Organisation (WHO) monitors.

Experts say the deadly disease is caused by the same bacteria that wiped out 25 million people in Europe in the 13th and 14th centuries.

And WHO officials, who have been working with Madagascar’s Ministry of Health, warn the risk of the epidemic spreading is “high”.

Plague – a terrifying bacterial infection transmitted by fleas – is nothing new in Madagascar, where about 600 cases are reported annually. 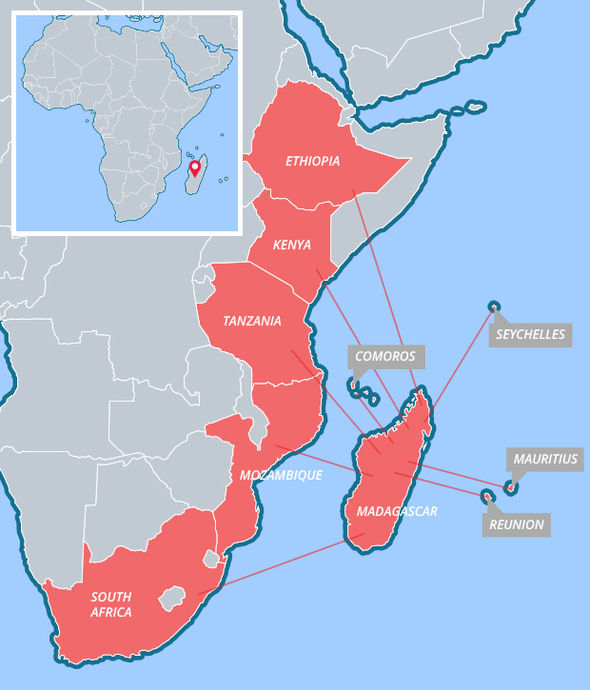 
But concerned WHO officials claim there is “something different” about this outbreak and “health officials couldn’t explain it”.

Dr Arthur Rakotonjanabelo said: “Plague is a disease of poverty, because it thrives in places with poor sanitary conditions and health services.”

But he said the disease has now spread to parts of Madagascar which had not seen the plague since at least 1950.

Scientists are now working round the clock to predict the next outbreak and prevent it becoming a global epidemic and putting millions of life at risk.

Workers cleaning and disinfecting the tents where patients sleep at the health center Plague Triage and Treatment Center, in Toamasina

Doctors on the Global Virome Project are trying to find all viruses in birds and mammals that could spill over to humans in the next decade.

And the US Agency for International Development has spent the past eight years cataloguing threats, identifying 1,000 new viruses.

But Australian researchers have warned it is impossible to predict a global outbreak because there are too many variables.

Jemma Geoghegan from Macquarie University and Edward Holmes from the University of Sydney said efforts will fail because the enormous number of unknown viruses could evolve and appear in humans at any time. 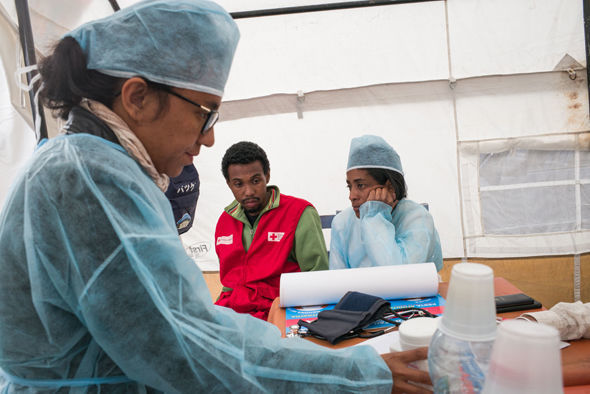 WHO doctors are working around the clock to contain the outbreak

Dr Geoghegan said: “The Global Virome Project will be great for understanding more about viruses and their evolution, but I don’t see how it’ll help us work out what’s going to infect us.

“We’re only just coming to terms with the vastness of the virosphere.

“Once a virus achieves human-to-human transmission, it’s really just a matter of luck as to how severe and contagious it is, and whether or not it can be treated quickly.

“Both humans and diseases are constantly changing, so it’s a bit like trying to hit a moving target from a moving car.

“We’re trying to predict really, really rare events from not much information, which I think is going to fail.”

She pointed out that scientists discovered the Zika virus in Uganda in 1947 yet there was an outbreak on the other side of the world, in Brazil, two years ago.

The disease is spread by mosquitoes and can cause severe birth defects in babies if the mother is bitten while pregnant.

Similarly, the Ebola virus was discovered in 1976 in South Sudan, but it claimed a reported 11,315 lives in west Africa three years ago.

It is highly infectious and spreads through transmission of bodily fluids, causing a gruesome death as the whole body haemorrhages.

Other diseases can emerge out of the blue like the SARS virus — a severe form of pneumonia — which broke out in China after a researcher accidentally caught it in a lab in 2002.

HIV, a badually transmitted virus which attacks the body’s immune system, has claimed an estimated 35 million lives in the past 40 years.

And the most famous of all outbreaks was the Spanish Influenza pandemic, which killed up to 100 million people — five per cent of the world’s population — in 1918.