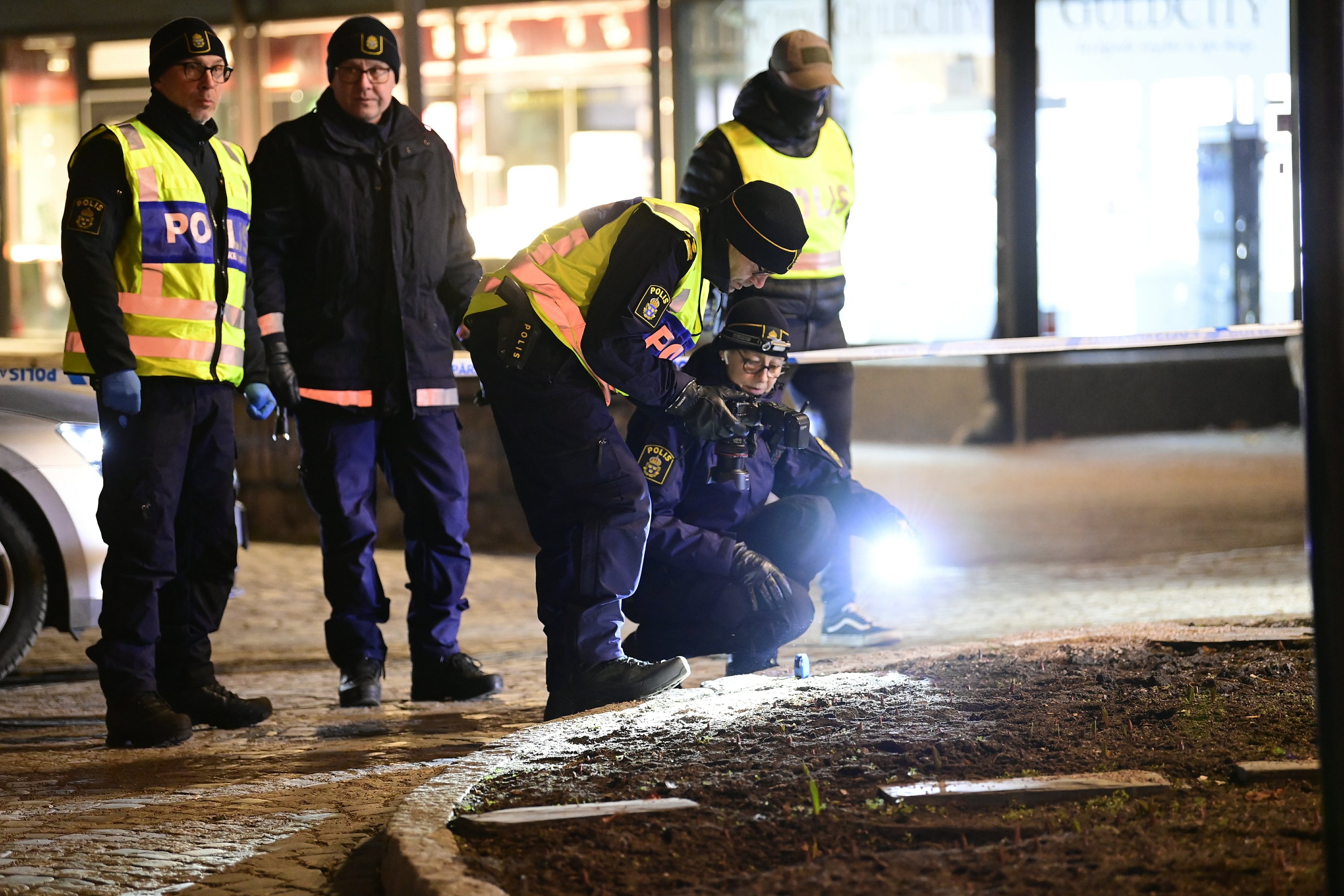 STOCKHOLM (AP) – A man armed with an ax attacked and injured eight people in a southern Swedish city on Wednesday before being shot and arrested, police said.

“In light of what has emerged so far in the police investigation, prosecutors have launched a preliminary investigation into the terrorist crimes,” he said, but did not elaborate.

Shortly after his statement, investigators at a police press conference said they had launched a preliminary investigation into the assassination attempt, with details “that make us investigate any terrorist motive.”

“But at the moment I cannot go into details,” said regional police chief Malena Grann.

Police said the man in his 20s attacked people in the small town of Vetlanda, about 190 kilometers (118 miles) southeast of Goteborg, Sweden’s second-largest city. His motive was not immediately known.

The man was shot by police, who said the status of those attacked or the perpetrator was not immediately known. Authorities did not provide the identity of the suspect, who was taken to hospital.

Local police chief Jonas Lindell said “it appears the injuries are not life threatening,” but could not elaborate.

The events took place in the center of Vetlanda and police said they received calls shortly after 1400 GMT about a man assaulting people with an ax. Police also said there are five crime scenes in this city of roughly 13,000 residents.

Lofven condemned “this terrible act” and added that Sweden’s national security agency, SAPO, was also working on the case.

“They continually assess whether there are reasons to take safety improvement measures and are prepared to do so if necessary,” it said in a statement.