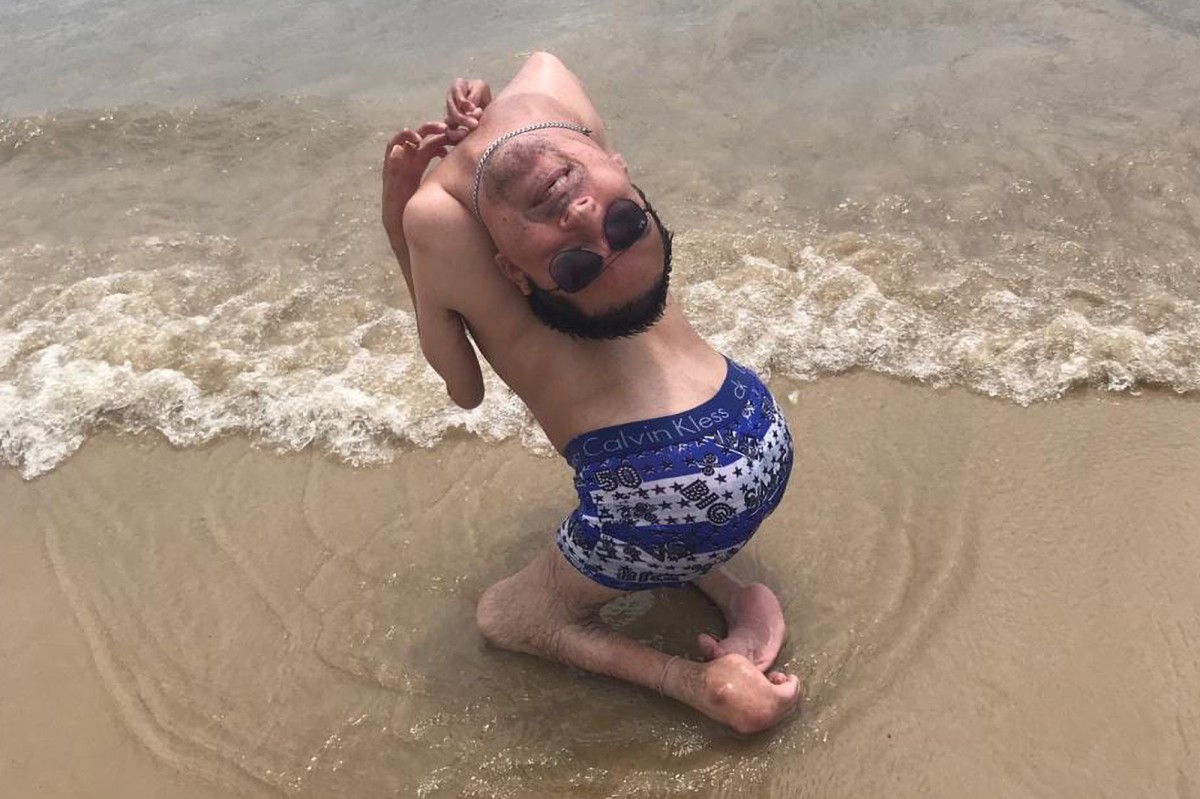 A 44-year-old Brazilian who was not expected to live more than 24 hours after being born with his head turned upside down has now had to put his life on hold after contracting COVID-19, according to a report.

Claudio Vieira de Oliveira, from Monte Santo, suffers from arthrogryposis multiplex congenita, a rare condition that has turned his head back, the US Sun reported.

It has also left him with muscle atrophy in his legs and arms clinging to his chest, but it hasn’t stopped him from living a full life and becoming a motivational speaker.

“I have never had (difficulties), my life is normal,” he told local news outlet G1.

But the fun and ambitious man has contracted the virus and has had to stay home.

“I am in total quarantine because this COVID is very aggressive, it is lethal, so we are afraid. God, forgive me for this damn disease, “Oliveira told the outlet.

“I am being more than twice as careful, I have been isolated for more than a year and I only leave the house to fix things that only I can do, like banking,” he added.

Claudinho, as he is known, has never let his condition stop him and has walked on his knees since he was 7 years old. He learned to read and write at home with his mother.

And despite his acute deformity, he has no trouble seeing, breathing, eating, or drinking.

Claudinho has also released a DVD, an autobiography and has been giving motivational speeches since 2000, so being locked up has been a challenge.

“I miss him so much. I have a speech in the municipality of Bezerra, in the state of Pernamubco, scheduled for April 28. If the pandemic calms down, we will move on, “he said.

Claudinho, a volunteer for the Alegra-te Christian educational project for vulnerable children, told the local media: “I want to give my talks again and live many years.”