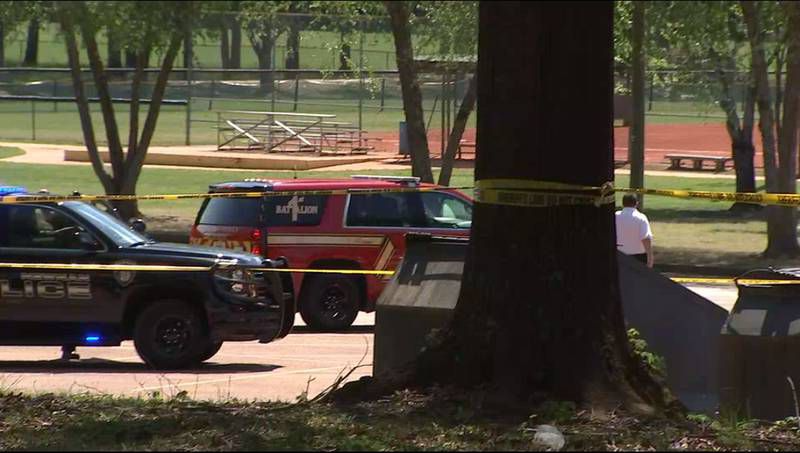 COWETA COUNTY, Georgia – The GBI was called in to investigate a shooting in Newnan involving an officer.

Coweta County deputies say a man connected to another crime began shooting at them in International Park. The officers returned fire and beat the suspect.

The man, who has been identified as Mario Clarke, was airlifted to hospital. He remains in critical condition. No deputy was injured.

Police said that shortly after midnight, someone reported a stolen car at a Racetrac on Amlajack Boulevard.

After a brief chase, the stolen car stopped and the suspect ran out of the car into the woods near the interstate. The victim was able to identify the suspect as Clarke and arrest warrants were drawn.

The marked patrol cars were tracking an area where Clarke was last seen. Agents saw him around noon. He fled the deputies again.

The officer got out of his car and Clarke shot him, striking his vehicle. The aide responded and wounded Clarke. Clarke was transferred to Grady Memorial Hospital. The GBI said it is currently in critical condition.

Our photographer at the scene saw a medical helicopter take off from the softball fields near the facility and several police vehicles were blocking the road.

At least one police vehicle had bullet holes in the windshield.

Clarke is the same man accused of shooting his father last month. Surveillance video shows the father and son with guns in front of their home.