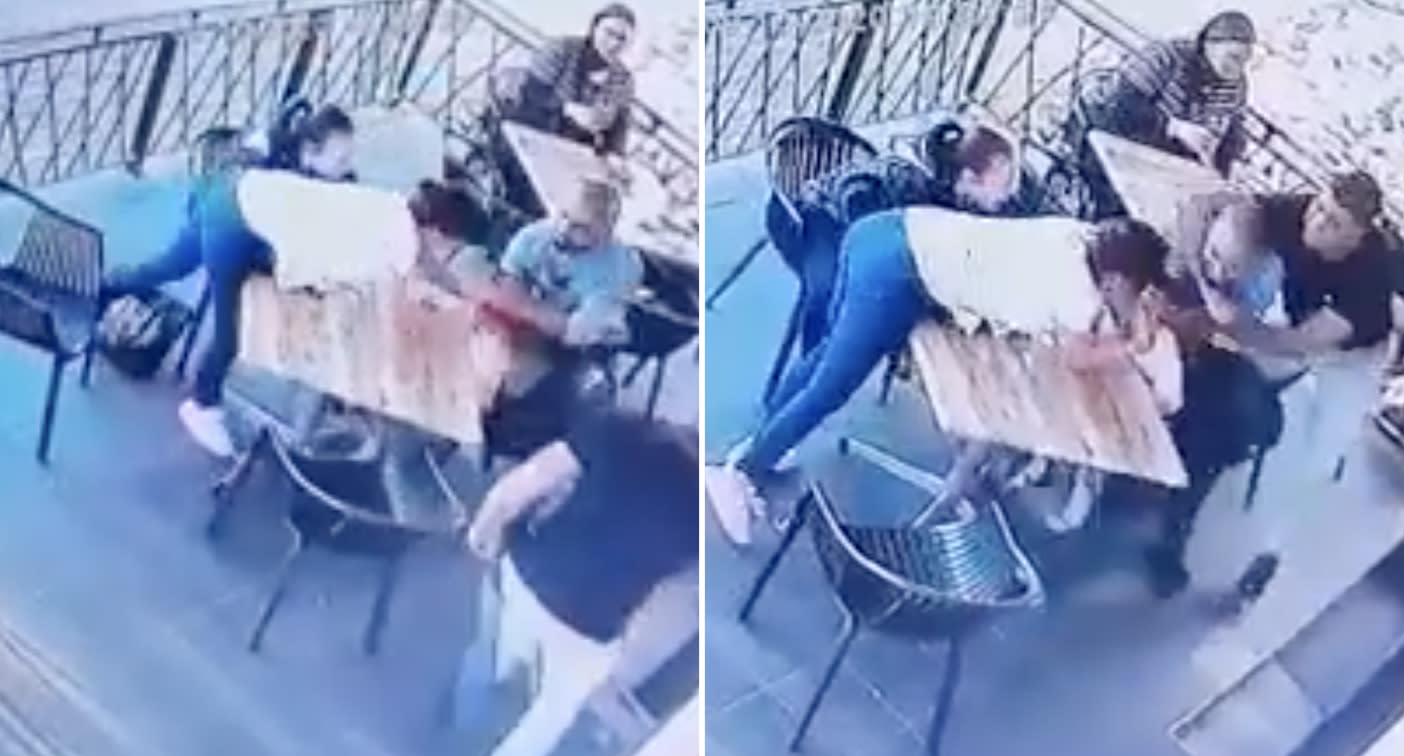 A man has jumped over a fence to try and catch a child from a restaurant table.

Theatrical CCTV was captured on Thursday in Florida in Johannesburg, South Africa, and the footage was later broadcast on Facebook.

In the video, two women can be seen sitting at the table with the child, a four-year-old girl, when the man leaps and grabs the fence.

Two women try to stop him and a man at another table jumps into a fight to take him away.

She manages to take the male down while the women and the little girl leave the area. After a while the police arrived.

Florida Police Sergeant Mpho Peacock described the Roadport records as the owner of the shop and the community managed to stop the man who police believe was trying to kidnap the little girl.

Sgt Peacock said she had a girl around her neck.

However, private investigator Wendy Pascoe stated that the 24-year-old man did not try to abduct the little girl, but the initial incident of Assault GBV (gender-based violence) that began on the street and was not captured on camera. “.

Ms. Pasco claims that she is known for drug issues. He was due to face court in local time on Friday.