Man, this new picture of saturn 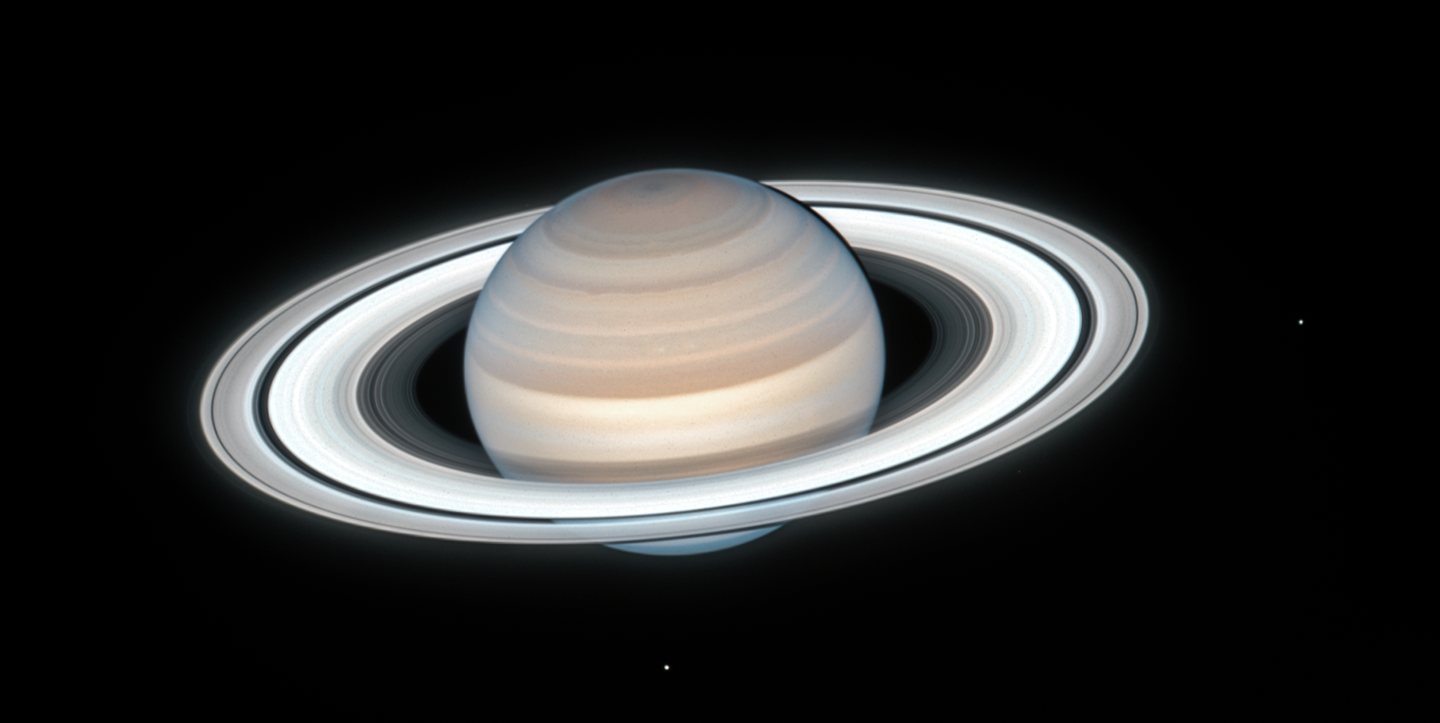 It resembles a Saturnian summer.

The Hubble Space Telescope has taken a stunning picture of our sixth planet, Saturn, and it does not even look real. The famed telescope took the image on July 4 as part of the Outer Planetary Atmospheric Heritage (OPAL) project, which seeks to monitor and study atmospheric conditions on the gas giants of our solar system.

Two moons of Saturn are also seen in the picture. Mimus, who bears a distinctly close resemblance to the Death Star, is on the right. The icy moon Enceladus, which has emerged as a top contender for finding life in the solar system, is under the planet.

Saturn’s hazy atmosphere is mostly composed of hydrogen and helium, with small traces of methane, water vapor, and ammonia. Generally, hydrocarbons give a yellow-brown color to the planetary atmosphere. In this image, Saturn has a slightly reddish tint – possibly due to the summer sun either altering the atmospheric circulation or altering the composition of chemicals.

“It is amazing that in a few years, we are seeing seasonal changes on Saturn,” said Amy Simon, principal investigator at NASA’s Goddard Space Flight Center, in a statement.

Saturn is here for the summer sun.