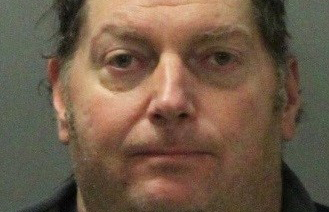 SANTA CLARA – A Sacramento man suspected of flying a drone over Levi's Stadium and the Oakland Coliseum on Sunday and throwing flyers into stadiums during NFL games was arrested and subsequently released by authorities, according to Santa Clara police

Printed in the brochures were a diatribe against television news, according to Lt. Dan Moreno of the Santa Clara police.

The drone first appeared at the southern end of Levi's Stadium during the first half of the Seattle Seahawks' 49ers game, Moreno said. The drone dropped the leaflets on the bleachers, although several flew out of the stadium. Some brochures landed on the upper deck.

With the help of video surveillance outside the stadium, police officers from Santa Clara who worked on the game quickly identified Mapes as a suspect, Moreno said. Aware that the Oakland Raiders were also playing an afternoon game at the Coliseum, Santa Clara police notified the Alameda County Sheriff's Office and issued an alert about neighboring law enforcement agencies.

"We knew the Raiders game going on," Moreno said. "We always look for common acts in the area, and once we had an idea of ​​who he was, we felt there was a good chance he would try this elsewhere."

Mapes is suspected of flying the drone over the Colosseum. Oakland, and was located and arrested by the Alameda County Sheriff's Office, Moreno said. The authorities also took the drone.