July 3, 2020 U.S. Comments Off on Man posts warning on Facebook not to take COVID-19 seriously a day before dying 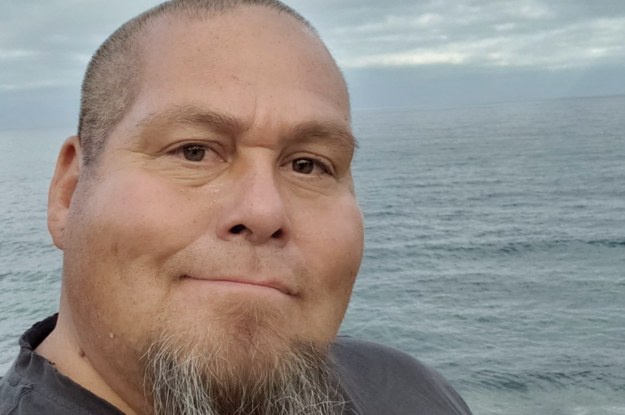 BuzzFeed News has reporters from around the world giving you trustworthy stories about the impact of the coronavirus. To help keep this news free, become a member.

Thomas Macías knew that he had spoiled it. It was becoming increasingly difficult to breathe. So he opened Facebook and wrote a warning to his friends.

“This is no joke,” he wrote on June 20 when his COVID-19 symptoms worsened. “If you have to go out, wear a mask and practice social distancing. Don’t be a fucking idiot like me.”

The 51-year-old trucker from Lake Elsinore, California, had been cautious during the pandemic, practicing social distancing and wearing a mask because he had diabetes and was concerned about his older mother, his niece, Brianna Lopez, he told BuzzFeed News.

But as the state began to relax restrictions and open restaurants, López said his uncle began to feel that he, too, could relax and that it was now safer to meet friends. So he decided to go to a barbecue with friends.

“I screwed up and went out a couple of weeks ago and contracted the corona virus,” Macías wrote in his Facebook post, which has since become private.

Macias had begun to feel sick a few days later, López said, but thought he was feeling ill because of his diabetes. He had gone to visit his mother and sisters, and his brothers had noticed that he looked tired and sweaty.

Then a friend who had attended the same barbecue told Macias that they had tested positive for the coronavirus, and that he should also be tested.

The friend, Lopez said, told Macías that he thought it was okay for them to go out because they were asymptomatic, and he didn’t think they could infect anyone if they didn’t feel sick. However, health officials have warned that the virus can be transmitted even if patients never have symptoms of COVID-19.

López said his uncle was immediately concerned, not only about his health, but because he was concerned that he had put his family at risk.

“Due to my stupidity, I endangered the health of my mother and my sisters and my family,” Macías wrote. “This has been a very painful experience.”

Before his symptoms worsened, López said, that was his uncle’s biggest concern.

“My uncle always put everyone ahead of himself,” said Lopez.

Her grandmother and aunts were negative for the virus, but López said Macías’s symptoms worsened on Saturday when he wrote the Facebook post. She called her brothers and told them that she had trouble breathing.

“He was starting to feel better on Friday, and then on Saturday he called to say he was having a hard time breathing,” he said. “It was then that it took a turn for the worse.”

On June 21, he called his mother from the hospital.

Since then, his Facebook message has been covered in multiple local and national media outlets, signaling the disturbing moment of his death just hours after posting the grim warning.

But López said he feels the message has also echoed in people because his uncle seemed to have taken responsibility for his mistake and his concern that he might have infected loved ones even when his symptoms worsened.

“He recognized that it was silly of him to go out in the first place,” he said.

He loosened the restrictions on state and local health officials that gave his uncle a false sense of security, he said, and he let his guard down, although it was still not safe.

She said that Macías also refused to tell his relatives the name of the friend who attended the party despite knowing that they were infected with the virus, and stressed that the responsibility fell on him.

“I hope people understand how serious this is,” he said. “Even if you have it and don’t have symptoms, it’s not okay to go out alone because you think you can’t pass it on to others.”