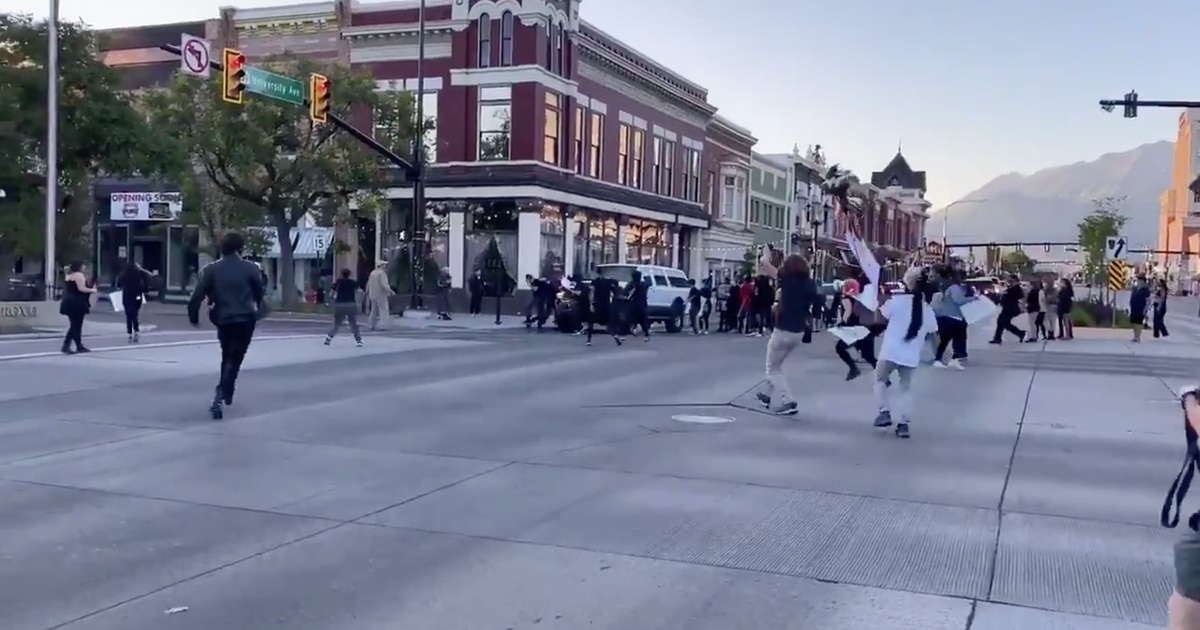 Provo police are looking for a man who shot the driver of an SUV that passed through a crowd of protesters on Monday night.

The man, whose injuries were not life-threatening, drove to Utah Valley Hospital, according to police.

A group protesting police brutality had met at the intersection of University Avenue and Center Street on Monday night, according to Lt. Brian Taylor of the Provo Police Department, and a second group arrived to express their support for the policeman. Shortly after 8:30 p.m. M., Protesters were on the street, blocking cars, when a large white van heading south on University Avenue made its way through a crowd of protesters, pushing aside several of them.

In a video circulating on social media, the SUV can be seen pushing protesters as it goes, and a loud bang can be heard. According to Taylor, the SUV driver, a man in his 60s, was shot.

According to a statement issued by the city of Provo, the SUV driver pulled into the right-hand turn lane to turn onto Center Street when “several protesters began to crowd around the vehicle.” Deputy Police Chief John Geyerman’s statement does not mention that the SUV drove several protesters, but adds that the driver “hit the gas pedal trying to get out of the situation.”

According to Geyerman, “the same protester ran after the vehicle and fired a second round that went through the passenger’s rear window” before concealing the weapon. “Then he approached another vehicle at 500 North and University Avenue, hitting and smashing the window with the gun.”

In the same statement, Provo Mayor Michelle Kaufusi called the peaceful protests “a fundamental right” before adding: “The criminal acts and violence as we saw last night in Provo were anything but peaceful and UNACCEPTABLE.”

“We are looking for a suspect,” Taylor said Tuesday morning. “There are a series of videos that show a person on the street approaching this vehicle and unloading a couple of bullets into that car.”

The shooter captured in the video was “completely masked,” Taylor said, but he was wearing shorts and police believe he was white and “thin.” And the police don’t know if he was there with one protest group or another.

Dad killed by gunman, while his teenage son hides and survives 30 hours in the …