June 29, 2020 U.S. Comments Off on Man arrested for fatal Kentucky park shooting at center of protests 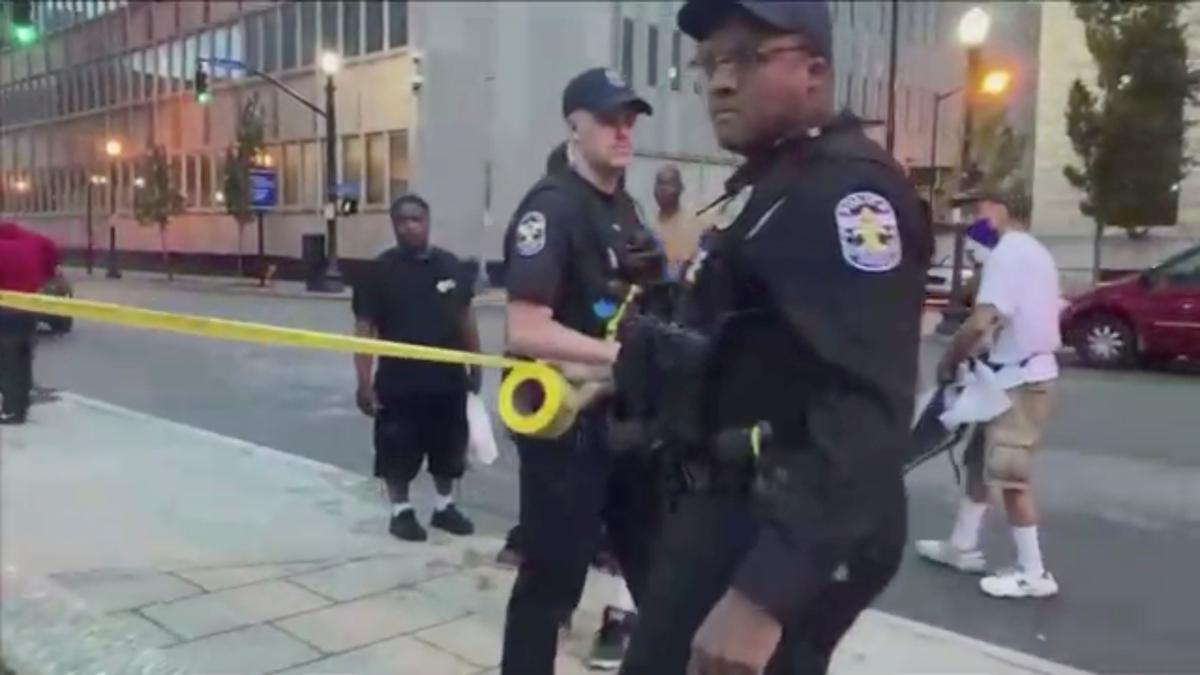 (Reuters) – Police arrested a man during a weekend shooting that killed a person in a park in Louisville, Kentucky, which has become a center of protest against the police murder of a black woman in her home in march.

Police cordoned off the area after a fatal shooting at Jefferson Square Park in Louisville, Kentucky, USA on June 27, 2020 in this still image obtained from a social media video. Protesters camped out in the park to demonstrate against the police murder of Breonna Taylor, a black woman, at her home in March. Content filmed on June 27, 2020. Maxwell Mitchell via REUTERS

The arrested suspect opened fire on a crowd in Jefferson Square Park on Saturday night.

He was wounded in the shooting and taken to a hospital in police custody, deputy police chief Robert Schroeder said Sunday at a press conference.

“The man has been participating in the protest from the beginning and had been arrested a few times in the past few weeks,” said Schroeder.

He said other people in the park had repeatedly asked the suspect to leave because of his disruptive behavior.

Police said Saturday that homicide detectives were investigating the shooting. Louisville Mayor Greg Fischer said he was sad about the incident.

The park has been a focus of protests against the death of Breonna Taylor, a 26-year-old emergency medical technician who died in a shower of gunfire when drug investigators stormed her home in Louisville on March 13.

Officers entered his apartment with an “untouched” arrest warrant. One of the three officers involved in his shooting was fired last week.

Taylor’s murder drew renewed attention after the May 25 death of George Floyd, an African-American man killed after a police officer knelt on his neck for nearly nine minutes while detaining him in Minneapolis.

The two incidents and others have become a rallying cry in national protests against police brutality and racial prejudice in the United States’ criminal justice system.

Report by Maria Ponnezhath in Bangalore; Editing by Mark Heinrich