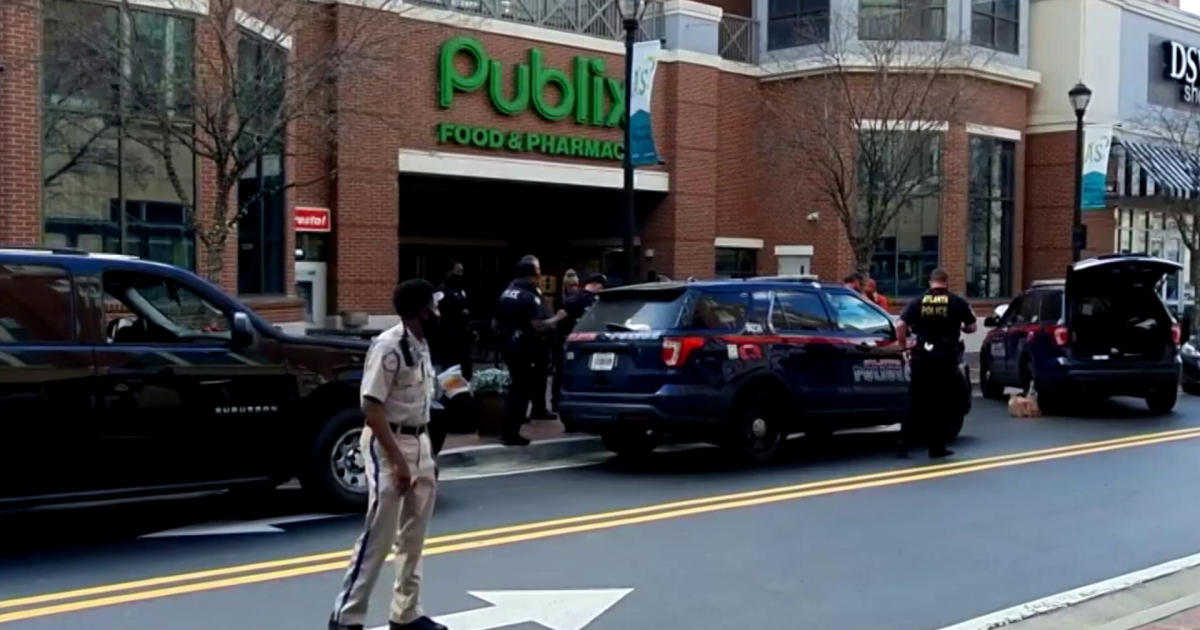 A man was arrested Wednesday after entering a Publix supermarket in Atlanta with five firearms and bulletproof vests, police said. The man, whom Atlanta police identified as Rico Marley, 22, was charged with reckless conduct.

Police did not provide evidence that Marley planned to carry out a shooting at the store that day. But the incident came about in the wake of two mass shootings that have rocked the nation and sparked widespread calls for gun reform: the shoot in a supermarket in Boulder, Colorado, which killed 10 peopleand a series of shootings at three Atlanta-area spas that killed eight.

Atlanta police said a preliminary investigation revealed that Marley entered the store Wednesday afternoon with a rifle openly and entered a bathroom. A witness noticed it and alerted the store manager, who then called the police. Police said they responded to the incident shortly after 1:30 pm and “immediately detained” Marley when he emerged from the bathroom. Emergency medical responders also arrived at the scene for a mental health assessment.

Publix said in a statement that its Atlantic Station location is cooperating with police in the investigation.

“We are grateful that there were no injuries and everyone was able to leave the store safely,” Publix said. “The store is currently closed. Additional questions should be directed to the Atlanta Police Department.”

Later that day, Atlantic Station, the upscale retail area where Publix is ​​located, said it was closing while authorities investigated a suspicious package found at the scene. It is unclear if the package is linked to the previous incident.

“We are closely monitoring the situation together with APD, and will reopen as soon as possible,” an Atlantic Station spokesperson tweeted Wednesday night. “The safety of the Atlantic Station community is of the utmost importance.”

Someone who said he lives in Atlantic Station tweeted an email from the building’s management warning of the closure.

Firearm licenses in Georgia allow people to “legally carry a concealed firearm” in the state, according to the state’s website. It’s unclear if Marley had a license, but in 2019, Publix joined a growing list of retailers who asked customers not to carry guns inside their stores even if it was legally allowed in the state.