Malta arrests 8 in the death of journalist Daphne Caruana Galizia 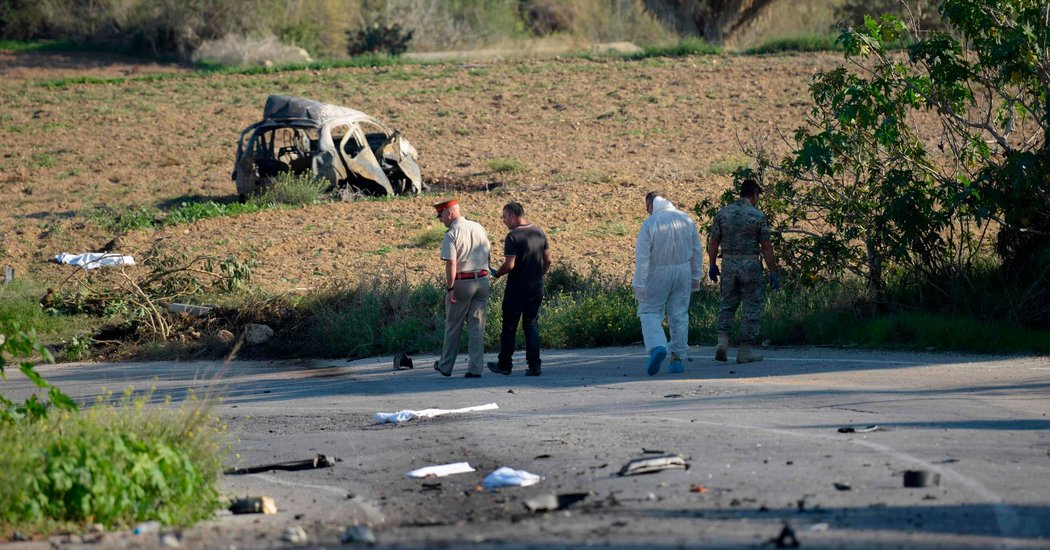 LONDON – Eight suspects were arrested in Malta on Monday in connection with the murder of Daphne Caruana Galizia, an investigative journalist whose death in a car bomb attack in October stunned the small Mediterranean island where she had discovered alarming levels of corruption in high places.

Prime Minister Joseph Muscat said in a statement that the eight suspects were Maltese citizens who had been arrested in an operation involving the police, army and intelligence services.

Investigators have 48 hours to question the suspects before deciding whether to prosecute, he said, without providing further details, including the charges that could be filed.

Michael Farrugia, the minister of internal affairs, said on Twitter that the investigation involved "foreign experts", but did not specify their nationalities. The F.B.I. and officials from the Netherlands have been helping Maltese researchers.

The death of Mrs. Caruana Galizia, 53, in the attack on October 16, inspired indignation, causing thousands of people to demonstrate in the days after the murder.

In a protest, the protesters marched through Valletta, the capital, singing patriotic songs and banners that cite the last words that are known to have been written by Mrs. Caruana Galizia: "There are thieves wherever you look now. The situation is desperate. " The protesters accused the authorities of not protecting her.