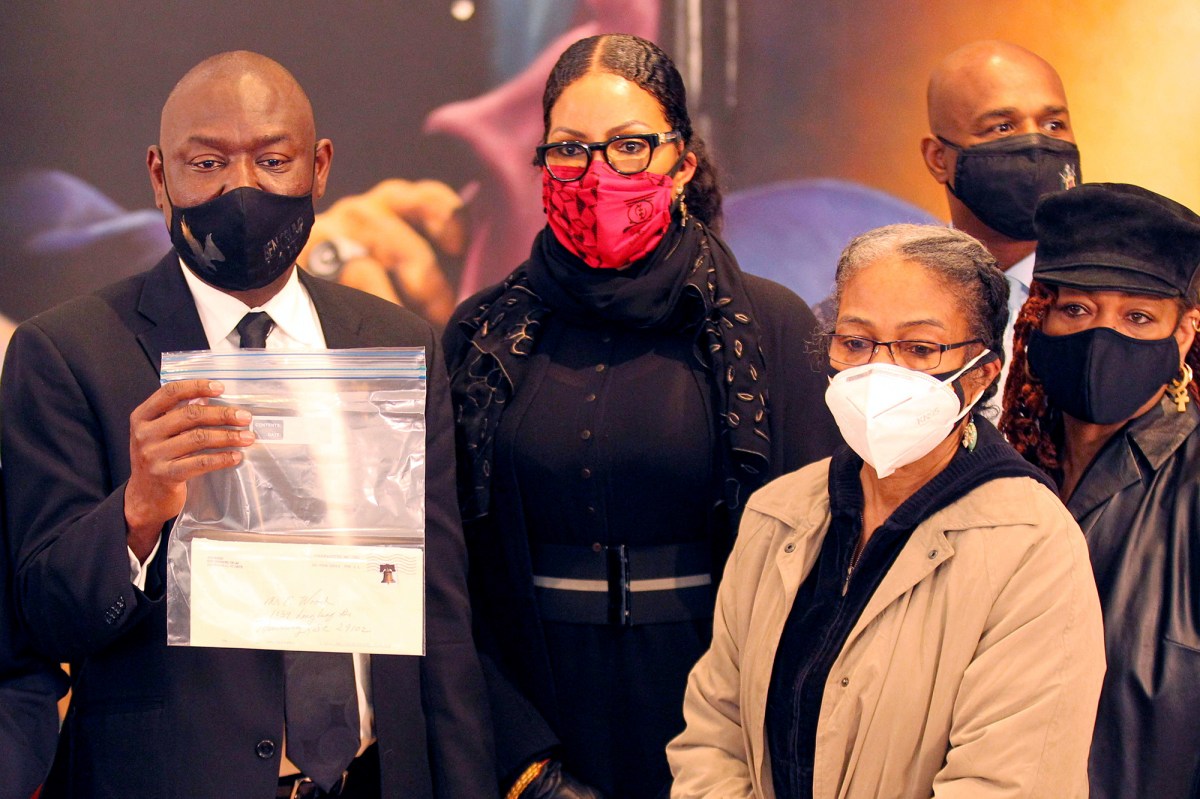 Malcolm X’s family has released a letter that they say was written by a deceased NYPD alleging that the NYPD and the FBI were behind the 1965 Harlem murder of the civil rights activist.

Malcolm X was shot and killed at the Audubon Ballroom in Manhattan a year after breaking ranks with the Nation of Islam.

Three members of the black separatism group were convicted in the shooting.

On Saturday, some of Malcolm X’s daughters posted a letter attributed to former NYPD undercover officer Raymond Wood on the site of the old hotel on 165th Street. Family members were joined by Reggie Wood, a cousin of the late officer.

In the letter, Raymond Wood allegedly wrote that NYPD supervisors pressured him to convince two members of Malcolm X’s security to commit crimes that led to his arrests in the days leading up to the activist’s murder.

The letter said the arrests provided the opportunity for lax security at the hotel’s ballroom door and were part of a conspiracy between federal investigators and New York police to kill Malcolm.

“Under the direction of my handlers, I was told to encourage leaders and members of civil rights groups to commit crimes,” the letter said.

Manhattan District Attorney Cy Vance said last year that his office would reopen the case to investigate long-standing arguments by some historians and scholars that the wrong suspects were arrested for the murder.

Following the letter, Vance’s office issued a statement saying that “the review of this matter is active and ongoing.”

The NYPD said it is cooperating with the prosecutor’s effort.

“The NYPD has provided all available records relevant to that case to the District Attorney. The Department remains committed to assisting with that review in any way, ”said Sgt. Edward Riley wrote in a statement to the Post on Sunday.

Ilyasah Shabazz, Malcolm X’s daughter, said that she had always lived in uncertainty about the circumstances of her father’s death.