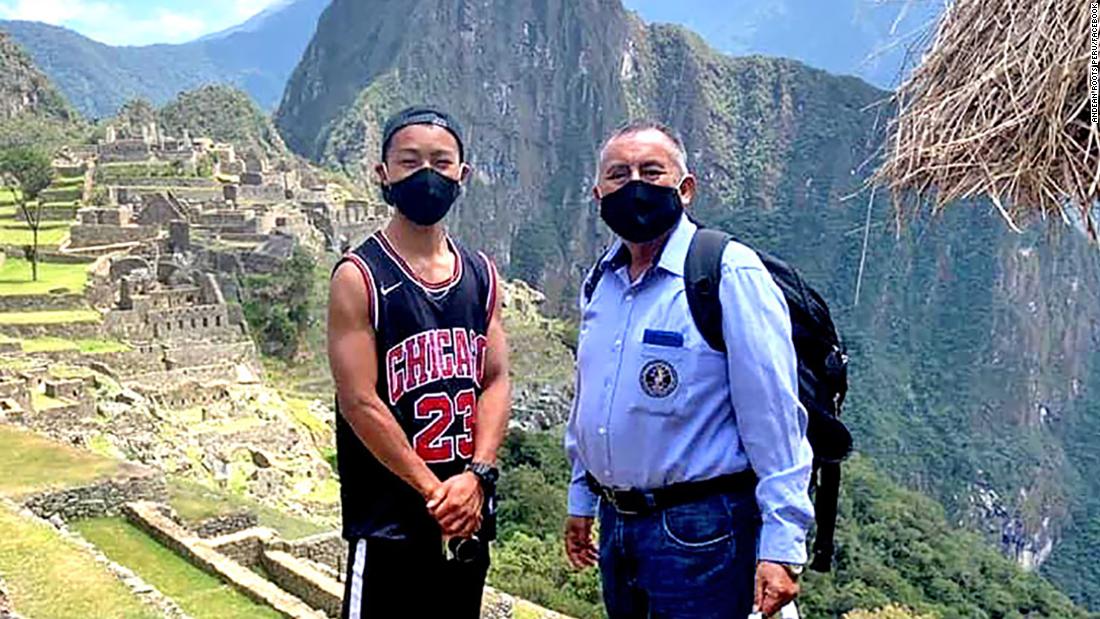 (CNN) – Like many travelers around the world, Jessie Katyama fulfilled her dream by spreading Kovid-19.
But after an unexpected seven-month stay in Peru, Katyama is finally crossing “Machu Picchu’s Journey” off his bucket list – and he enjoyed being the only tourist there.
Katayama, a native of Osaka, Japan, arrived in Aguas Calientes – from where most people begin the Machu Picchu expedition on 14 March.

He already had his entry ticket and permit to enter the UNESCO World Heritage Site on 16 March, but that was when the Peruvian government opted to close the site. Katyama was stranded.

Since then, 26-year-old Katayama, a boxing instructor, has become a local in Aguas Calientes, where he has been renting a small room for the past seven months.

Although border detainees have barred them from visiting other South American countries, they have made the best of their experience by exploring local attractions such as the Putukusi Mountains and Calientes Falls. He even taught boxing classes to some local children and made friends in his casual new hometown.

Katyama told CNN that his goal is to open his own boxing gym when he returns to Osaka, so he uses his lockdown period to practice his moves.

“I go for a run every morning and I could see Machu Picchu from afar,” Katayama told CNN. “I figured I’d never make Machu Picchu because I was hoping it wouldn’t open within this year. But I was fine with it because I had a great time here.”

However, when he started running out of money, it seemed that Katyama would have to go back home to Japan without using his Machu Picchu ticket.
Enter Andean Roots Peru, a local tour company. With the help of the Ministry of National Culture, Katyama was given special permission to enter Machu Picchu – and to keep the usually crowded site almost all of himself. He was accompanied by two photographers who documented the experience and Jose Bastant, head of the site.

In a famous Instagram post, Katyama wrote, “I thought I’d never make it (to Machu Picchu), but everyone asked the government and the city and they give me super special permission.” He said: “Peru is very kind. Thank you very much!”

He tells CNN that he will leave for Peru from Peru on 16 October. As he prepares to go home, he is saying goodbye to the townspeople who have become his friends over the past months. Many local children drew pictures of Katyama and made a doll for them from toilet paper rolls.

“I will definitely cry,” he says of his farewell to Aguas Calientes. “These seven months have been very special to me. I have discovered a new part of myself.”

Peruvian Minister of Culture Alejandro Nera told reporters, “The Japanese citizen has entered into an association with our head of the park to do so before returning to his country.”

Neyra said there are plans to reopen Machu Picchu for visitors with 30% capacity, but have not specified an exact date.

Yoko Wakatsuki of CNN contributed to the reporting.