Louisiana will be one of the 9 states where anyone can receive the COVID vaccine; here are the others | Coronavirus 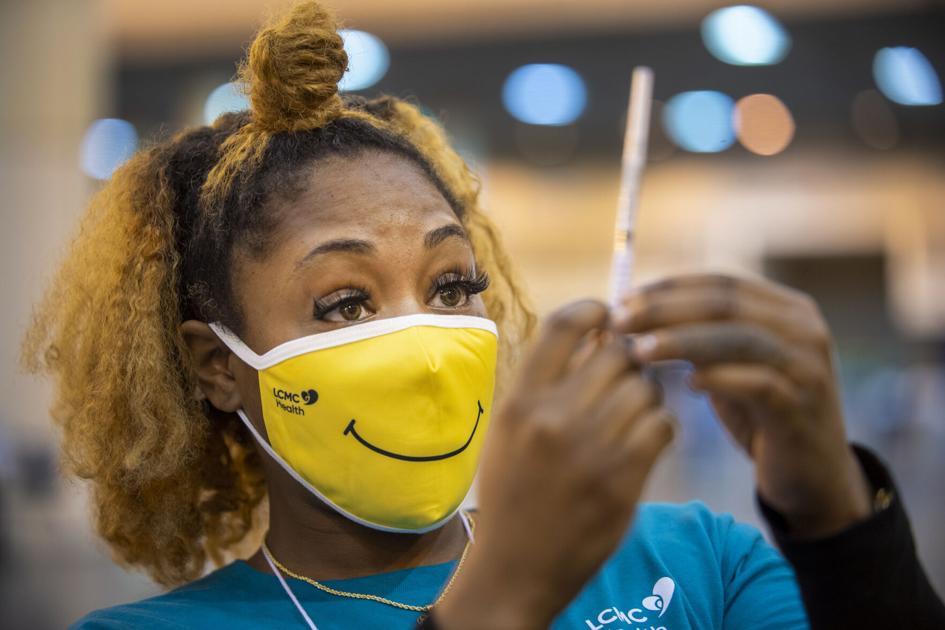 When Louisiana opened eligibility for coronavirus vaccines to anyone over the age of 16 as of Monday, March 29, it joined a small but growing number of states where anyone who wants a vaccine can get it.

Alaska was the first state to open to anyone over the age of 16 on March 9, followed by Mississippi a week later.

This week marked the beginning of an open season for vaccines in many other states long before the May 1 deadline imposed by the Biden administration, when the president said that everyone over the age of 16 will be eligible.

Louisiana will open vaccine eligibility to all residents 16 and older next week as the state receives a record shipment of doses, Governor Jo …

West Virginia opened eligibility on Monday and Utah opened on Wednesday. In Arizona, residents of certain state-run vaccination sites in some counties can also get a vaccination starting Wednesday.

Other states announced opening dates in the next week. Georgia, Texas and Indiana announced Tuesday that the vaccine would be available for all authorized ages beginning Thursday for Georgia residents, Monday for Texas residents and March 31 for Indiana residents. North Dakota and Ohio will make the vaccine available to anyone starting March 29.

Several other states have announced that they will open in April on the following dates:

On a sunny and windy Monday in New Orleans, Tonya Freeman Brown donned a neon yellow vest and began knocking on doors at the Hoffman Triangl …

But many other states still have restrictions based on age, occupation, and medical conditions. In terms of age, New York recently expanded to anyone over the age of 50 along with Colorado, Delaware, Florida, Nebraska, New Hampshire, and Wyoming. The age limit is 65 or older in California, Alabama, North Carolina, and more than a dozen other states.

In all states, people of most ages can qualify if they have certain medical conditions or jobs, although qualifications vary by state.

In Arkansas, people with some of the medical conditions listed by the Centers for Disease Control as high risk can get the vaccine, but not all; Smokers and people with Down syndrome are not included. In Florida, people of any age can get a vaccination with a doctor’s note.

Louisiana has reached another milestone in the ongoing coronavirus pandemic: More than 10,000 people are now suspected of dying from COVID-19.

Since the launch began, vaccine eligibility has been a patchwork quilt, with a different plan for each state. Whether a person was able to get vaccinated largely depends on where they live.

Louisiana, a state with high rates of comorbidities like diabetes, obesity and cancer, made nearly everyone in the state eligible after expanding on March 9 to people with a number of medical conditions, including a body mass index greater than 25. That condition alone rated almost three-quarters of the state.

While states are opening up eligibility in hopes that more people will sign up for vaccination, early expansions may be a sign that overall demand is lower in those states, said Susan Hassig, an epidemiologist at Tulane University.

“I think it’s an indication that the vaccine burn rate has dropped a bit,” Hassig said.

But smaller states also have an easier time with the logistics of inoculating smaller individuals and older populations than larger states.

“With a population the size of Texas or the size of California, they have a lot more people in those older age groups because their populations are five or ten times larger than ours,” Hassig said.

Eligibility for the COVID-19 vaccine is expanding once again in Louisiana.

Twenty-three percent of people in Louisiana have received at least one dose and 14% are fully vaccinated, compared with the national averages of 25% initiated vaccination and 14% complete vaccination.

Emily Woodruff Covers Public Health for The Times-Picayune | The New Orleans Advocate as a member of the Report For America corps.