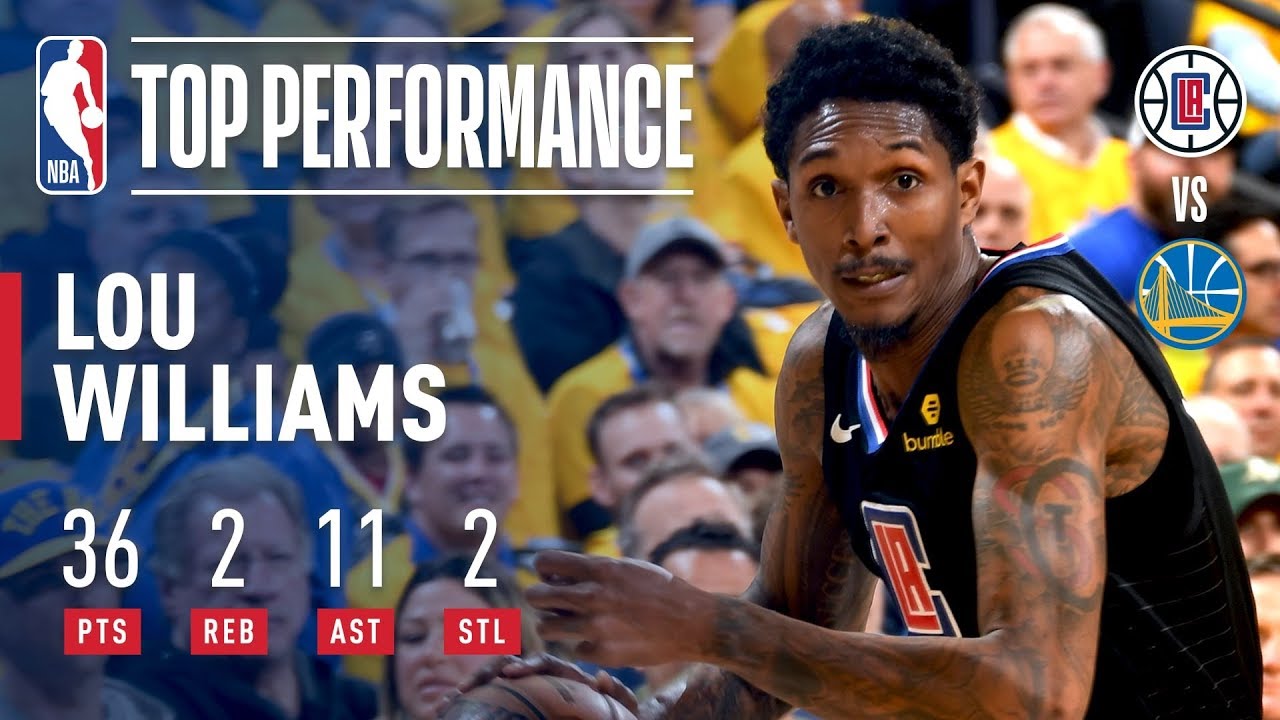 Lou Williams recorded 36 points (29 in the second half) and 11 badists from the bench for the Clippers, becoming the first player since 1970-71 to register 35+ points and 10 badists off the bench in a postseason game. With his 36 points, Williams set a new franchise playoff record for points off the bench. In addition, Montrezl Harrell became the ninth player in the history of the NBA playoffs to shoot a perfect 100% from the floor with more than 9 field goals, as he finished with 25 points (9-9 FG) and 10 rebounds in victory. Stephen Curry led the Warriors with 29 points (8-18 FG) and 6 badists in the effort to lose. Game 3 will be held in Los Angeles on Thursday, April 18 at 10:30 p.m. ET on TNT.