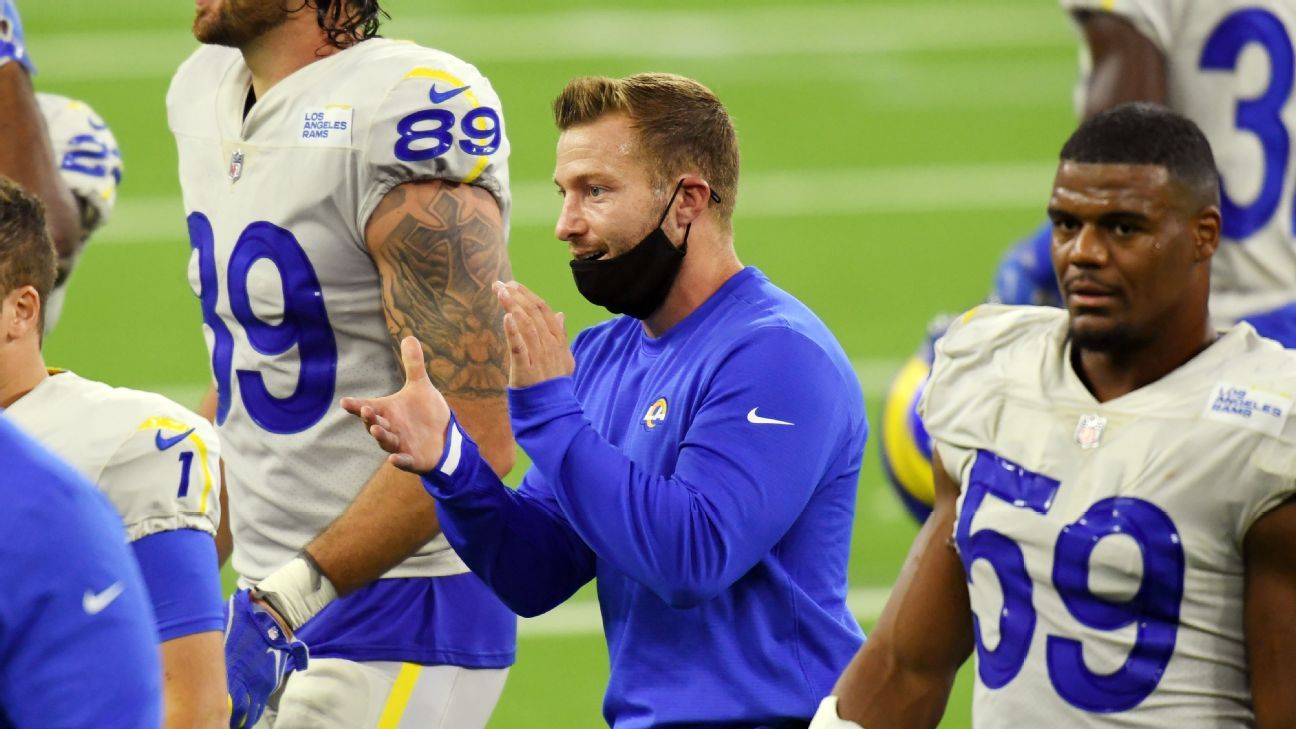 Thousand Oak, California. – Los Angeles Rams coach Sean McVay says he is responsible for the possibility of being sent for an NFL memo on Monday, so that the coach must wear face coverings at all times during the game and risk discipline for those who do not comply .

“I felt that the memo was directed,” McVay told reporters during a video conference.

During the season-opening victory over the Dallas Cowboys in front of Sunday night’s football television audience, McVay rode the sideline with his mask, mostly worn under his chin, a clear violation of the league’s coronovirus safety protocol.

“I’ve been blasting about it all day, so I love it so much,” McVay said, a bit tongue-in-cheek, before speaking in a more serious tone. “I’ll do better.”

Unlike McVay, Cowboys coach Mike McCarthy, when shown on the NBC broadcast, appeared to be wearing his mask during a 2-hour, 56-minute game.

McVay said he would stick with wearing a face mask or possibly a neck getter if he plays the Eagles in Philadelphia on Sunday. A face shield, such as that worn by a Kansas City coach Andy Reid as the Chiefs’ opener and fogged, is a non-starter for McVay.

“I was definitely one of the main culprits of the league, not wanting to follow,” McVeigh said. “I’ll definitely find out about it and do better.”

The league’s coronavirus safety protocol states that anyone with bench-area access, except for players, must wear masks on game day, and that masks are safely applied across the nose and mouth to prevent transmission of COVID-19 needed.

Kevin Seifert of ESPN contributed to this article.