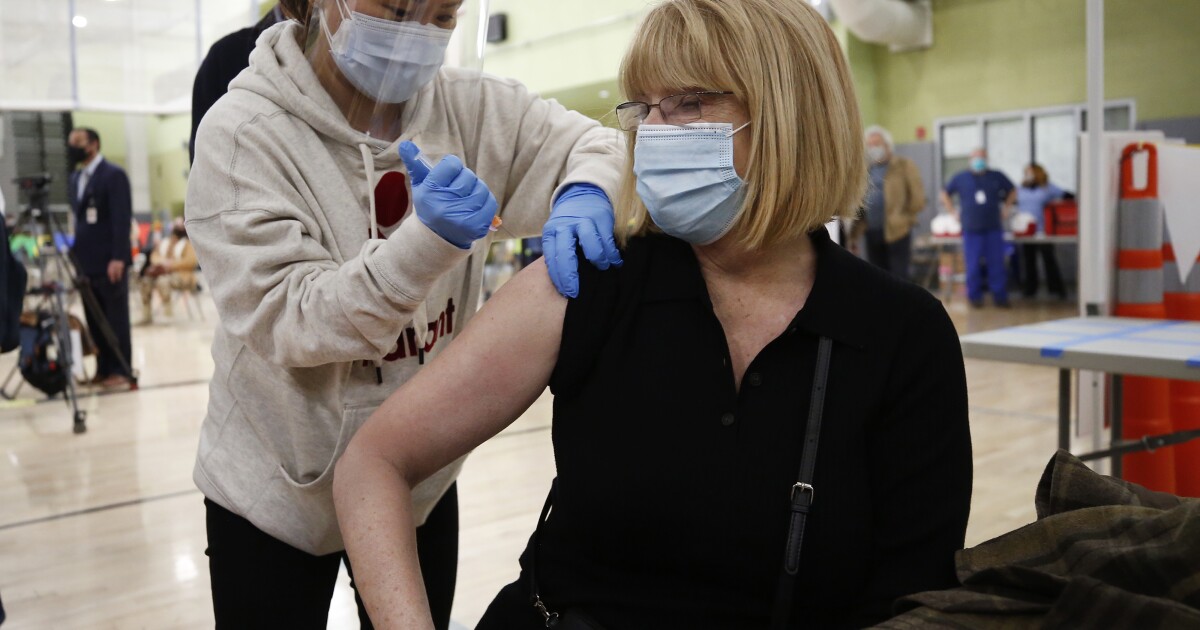 On Saturday, authorities announced that the daily test positivity rate of less than 1% was the lowest since the pandemic began more than a year ago. The daily positivity rate is defined as the percentage of all reported coronavirus tests that are positive, according to the county health department. Not all people who have the virus are tested.

While officials are encouraged by the steady decline in daily cases and transmission of the virus, as well as the rise in vaccinations, they are warning residents to be on the lookout for new variants of the virus by adhering to safety protocols such as the use of face masks and social distancing. There remains “significant potential” for COVID-19 transmission in workplaces, so companies must follow protocols that require infection control, occupancy limits, and personal protective equipment.

To date, officials have confirmed 1,228,997 positive COVID-19 cases across the county and a total of 23,623 deaths. Currently, 470 people with COVID-19 are hospitalized in the county, authorities said.

Across California, 3,616,779 coronavirus cases and 59,768 related deaths have been reported since the start of the pandemic, according to the state’s public health department.

Data from the Centers for Disease Control and Prevention shows that more than half of California adults, 55.1%, had received at least one injection.

Golden State’s vaccination rate was ahead of the next three most populous states in the nation: Texas (46.5%), Florida (47.2%) and New York (53.5%). California is also above the national average of 50.4% for adults who are at least partially vaccinated.

The partial immunization rate for everyone 16 and older was about 50%, according to state figures released Friday. Earlier in the week, 16- and 17-year-olds across the state were granted permission to request vaccinations.

Although Los Angeles, Riverside and San Bernardino counties had already allowed members of that age group to sign up for vaccinations, teens in Orange and Ventura counties were able to apply for the first time Wednesday through the appointment system. My Turn of the state.