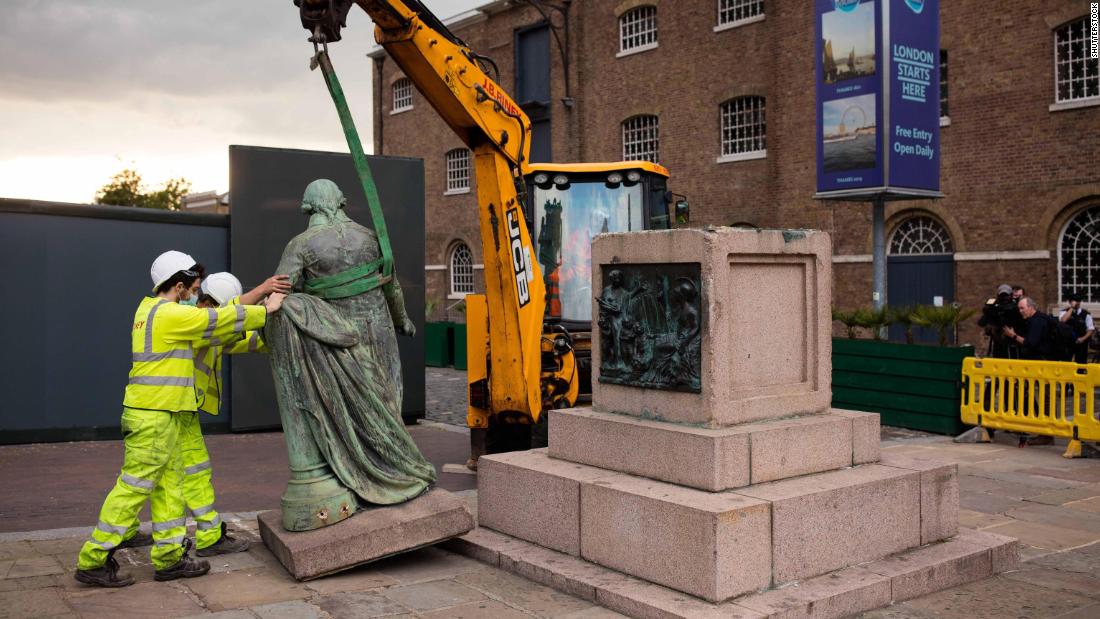 The City of London Corporation said on Tuesday that residents, workers and the general public would have three months to give their opinions “which places they think are a problem and what action they want to take.”

The move is a response to the Black Lives Matter protests that erupted worldwide after police officers in the United States killed George Floyd, an unarmed black man.

“Like many areas of the City of London city, there are many statues and other landmarks with links to the slave trade and historical racism,” said Carolyn Eddy, co-chairman of the London Corporation of Tackling Racism Workforce. “It is important that we accept this heritage with openness and honesty and look carefully, and consider carefully what should be done.”

The corporation runs the traditional financial district in London, also known as Square Mile. The area has offices in the Bank of England, Lloyd of the London Insurance Market and many of the world’s largest banks and financial institutions.

In a statement, the City of London said it was publicly asking it to comment on the statues, buildings and street names and other landmarks.

Activists have already removed from the Guildhall a statue of William Beckford, a slave owner who served in Parliament and twice as Lord Mayor of London, one of London’s oldest buildings and home to the City of London Corporation is. It dates back to 800 years ago and hosts conferences and corporate events in its Gothic hall.

The UK government rejected a petition earlier this year seeking the statue’s removal, saying it was a matter for local authorities.

A spokesman for the City of London did not immediately respond on Tuesday when a list of other monuments and statues was sought, including those related to slavery or racism. According to Historic England, a public institution, between 1640 and 1807 Britain enslaved 3.1 million Africans and sent them to colonies around the world.

In June, a statue of slave trader Robert Milligan was removed from outside the Museum of London Docklands near the Canary Wharf, which is also home to several financial firms. At the time of his death in 1809, Mulligan owned two sugar plantations and 526 slaves in Jamaica. In the same month, UK protesters downed a statue of slave trader Edward Colston in Bristol and threw it into a nearby river.