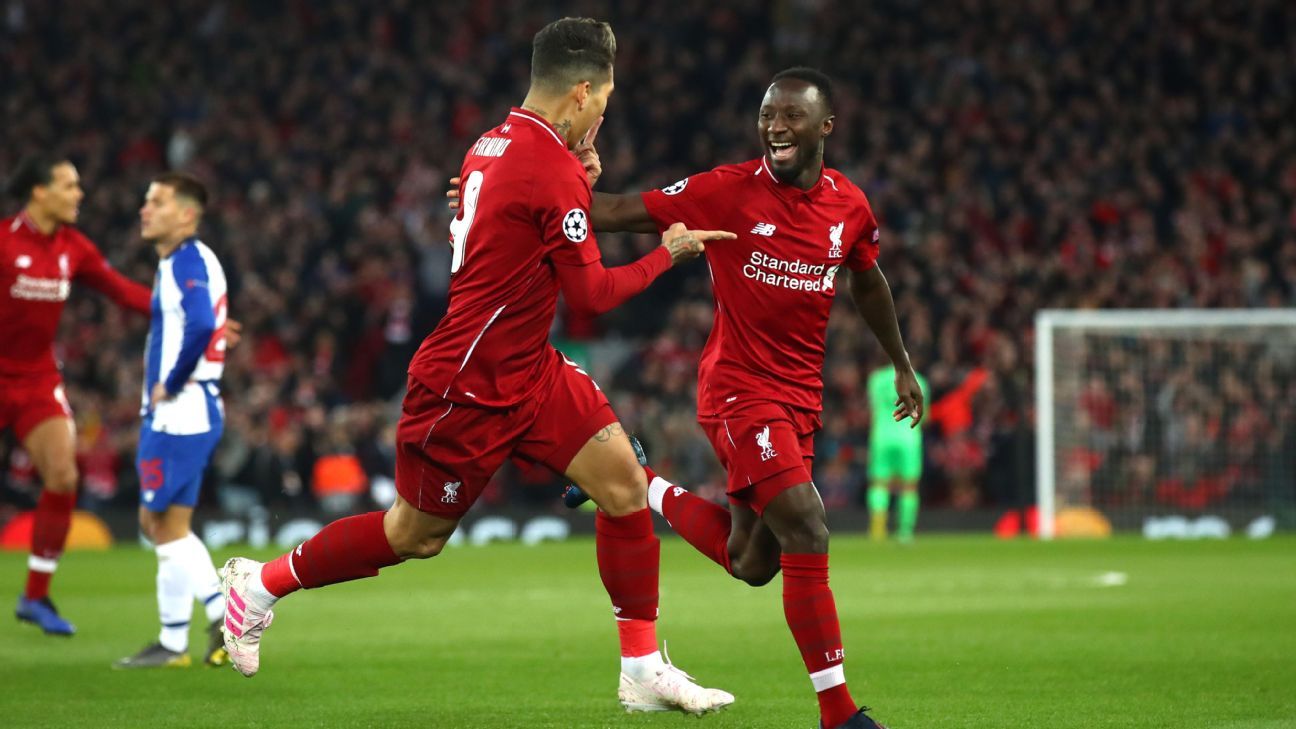 Liverpool scored twice in the first half to beat FC Porto 2-0 in their first leg of the Champions League quarter-final at Anfield on Tuesday.

Porto left the Champions League 5-0 in total to Liverpool in the round of 16 last season and the hosts continued where they stayed in that draw when Naby Keita opened the scoring in five minutes, courtesy of a deviation that left to Iker Casillas without opportunity.

Jordan Henderson opened the Porto defense for the second of Liverpool, and Trent Alexander-Arnold emerged, who faced Roberto Firmino to get the easiest of the finals to put the 2-0.

Porto had two chances for a valuable goal away around 30 minutes, but Alisson saved both attempts from Moussa Marega on both sides of the VAR and denied the visitors' penalty cries for Alexander-Arnold's handball.

Sadio Mane had the ball in the net for the third of Liverpool shortly after the restart, but the lineman rightly had the flag for the offside and discarded the goal.

The Senegal international saw that a good effort went wide in the 70th minute when his shot from outside the penalty area came from the last post of Casillas, and Mane made way for Divock Origi shortly after.

Porto pressed for the visitors' goal, but the Liverpool defense remained firm for the clean sheet before the second leg in Portugal on 17 April.