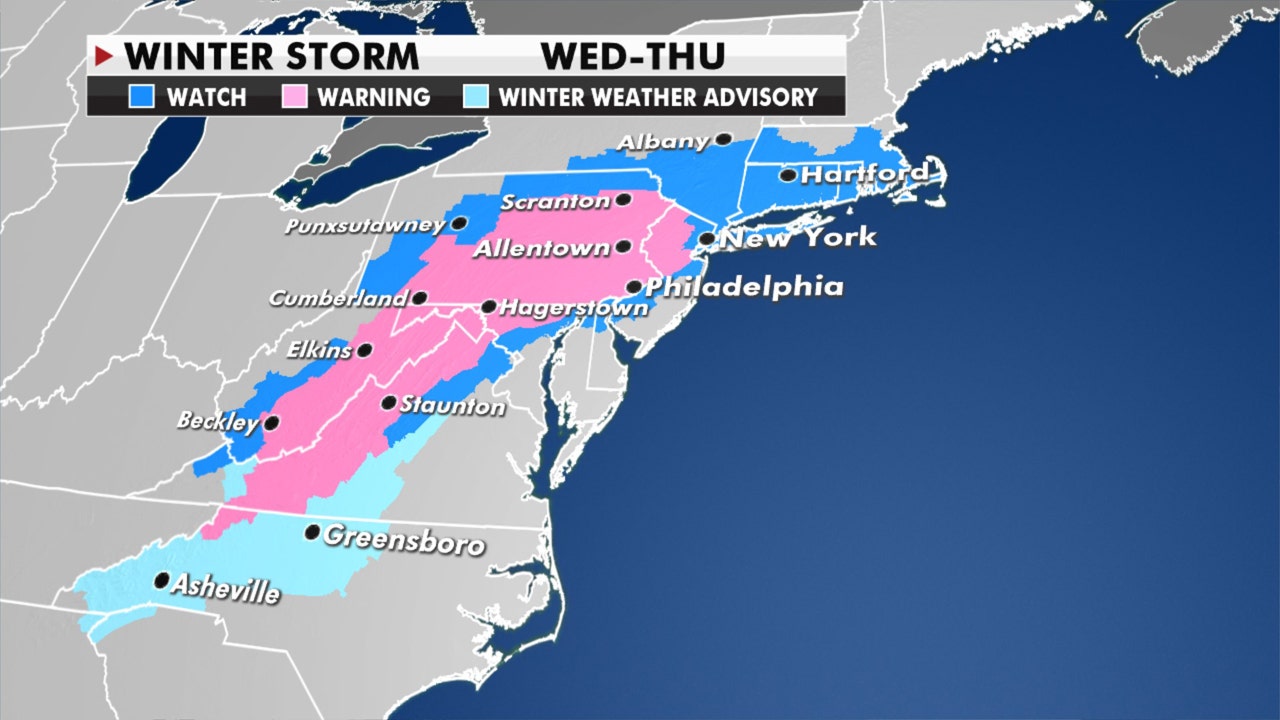 Neither’Ester was on target for the Mid-Atlantic states and parts of New England starting Wednesday, causing heavy snow, strong winds and some coastal flooding.

According to the National Weather Service (NWS), the storm is likely to be the largest East Coast storm in years and the region is expected to experience snowfall of 1 to 2 inches per hour.

The NWS said “confidence is very high that this major winter storm will have many significant impacts, including travel disruptions and power outages across much of the Mid-Atlantic, southeastern New York and southern New England.”

According to AccuWeather, nor’easter was projected to bring more snow to Washington, DC, Philadelphia, New York City and Boston than last year’s combined.

Snowfall and snow were also expected to accumulate for parts of North Carolina, Virginia and West Virginia.