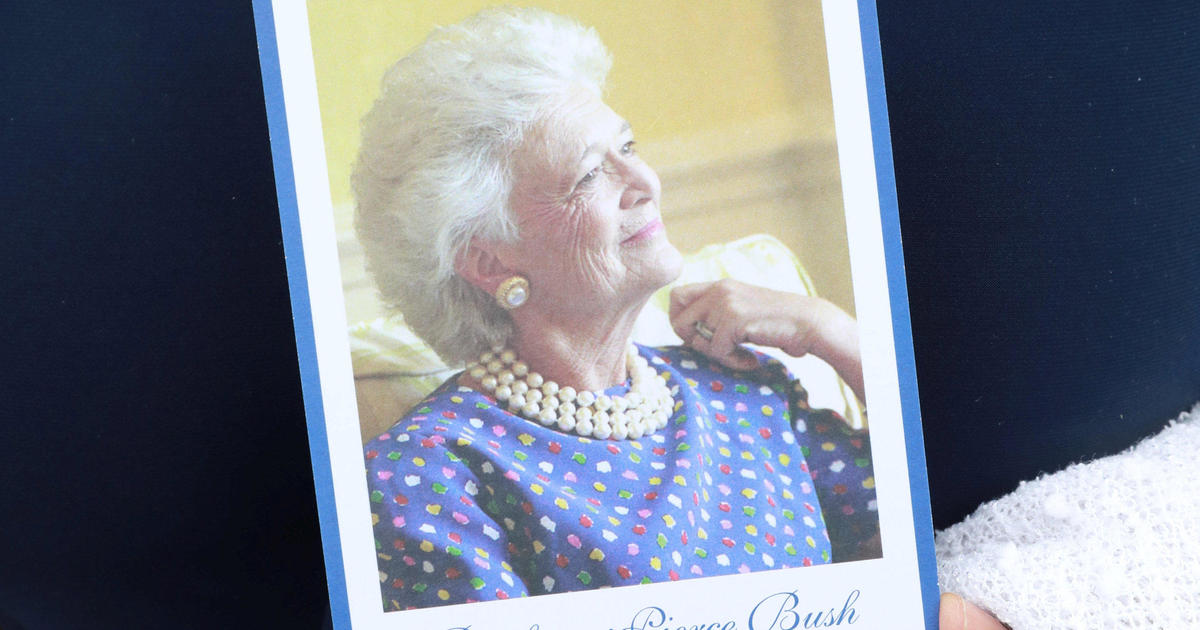 HOUSTON – About 1,500 guests are expected Saturday at a private funeral for Barbara Bush at the largest Episcopal church in the country. First Lady Melania Trump, former President Bill Clinton and Hillary Cliuton, and former President Barack Obama and Michelle Obama are among those expected to attend the invitation service at St. Martin's Episcopal Church in Houston.

The burial will continue at the Bush Library at Texas A & M University, about 100 miles northwest of Houston. The burial site is on a closed plot surrounded by trees and near a stream where the couple's 3-year-old daughter, Robin, who died of leukemia in 1953, is buried.

In a statement published on Friday, the family said Barbara Bush had chosen her son Jeb Bush, the former governor of Florida, to give a compliment along with her friend Susan Baker, wife of former Secretary of State James A. Baker III, and historian Jon Meacham, who wrote a biography of her husband in 2015.

Thousands of people on Friday paid tribute to Barbara Bush, wife of the 41st president of the nation and mother of the 43rd country. Bush died Tuesday at his home in Houston. She was 92 years old.

You can see the service coverage in the previous video player and then continue to get updates.