Little seen Van Gogh painting on display before the auction 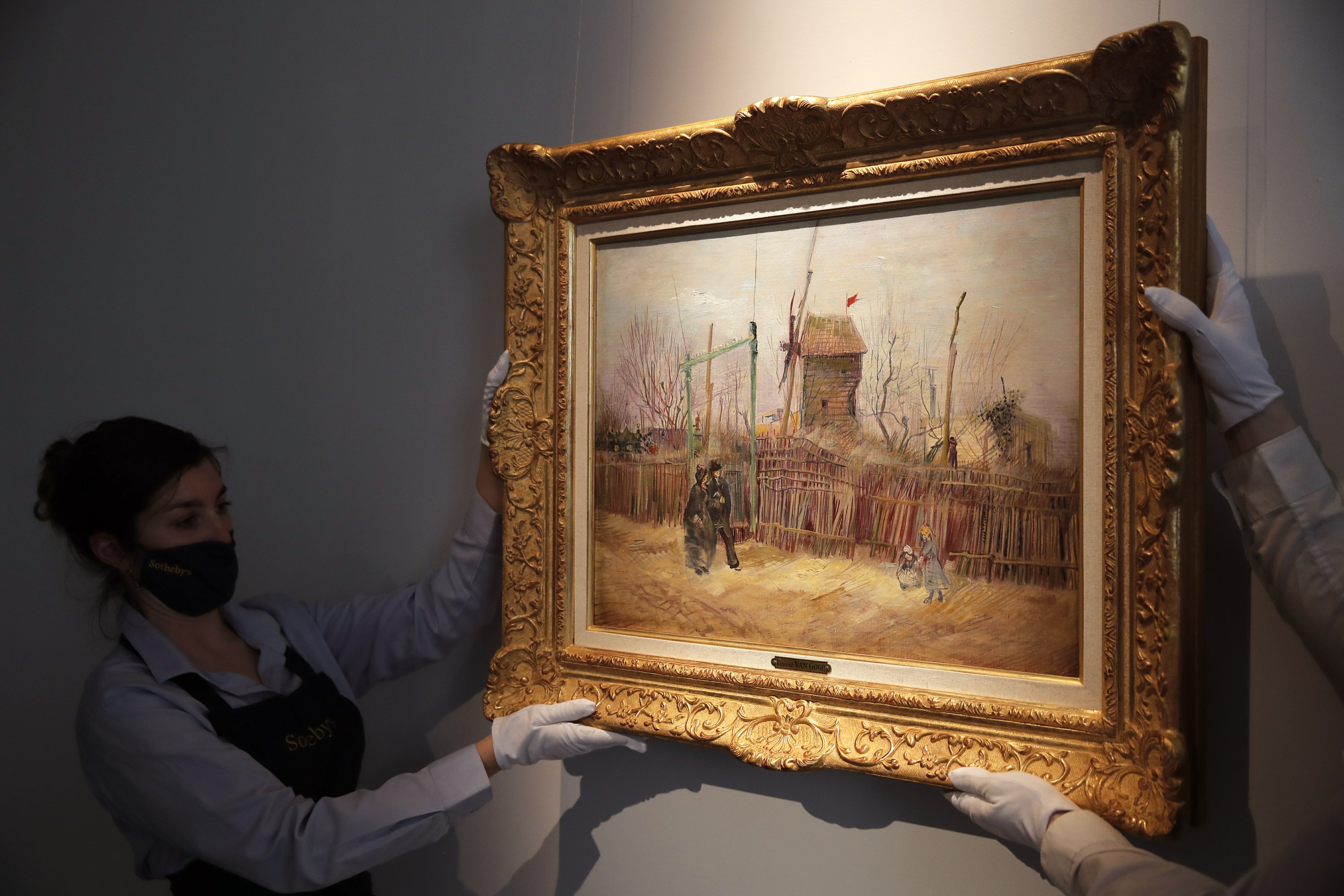 PARIS (AP) – A rare painting by Dutch Impressionist master Vincent van Gogh of a street scene in the Montmartre district of Paris will be on public display for the first time ahead of its auction next month.

Sotheby’s auction house said the work, painted in 1887, has remained in the same family collection for more than 100 years, out of the public eye.

It will be on display next month in Amsterdam, Hong Kong and Paris ahead of an auction scheduled for March 25 in the French capital.

“It is an important painting in Vincent van Gogh’s work because it dates from the period when he lived in Paris with his brother, Theo,” Etienne Hellman, senior director of Impressionist and Modern Art at Sotheby’s, told the Associated Press.

Van Gogh moved to Paris in 1886 and lived in Montmartre. He left the capital in 1888 for the south of France, where he lived until his death in 1890.

“Before this, his paintings are much darker … In Paris he discovers color,” said Hellman. “Color explodes in paint.”

“Street Scene in Montmartre” shows a windmill called Pepper Mill, seen from the street under a bright sky, with a man, a woman and a girl walking in front of wooden palisades that surrounded the place.

“Paris marks this period in which … the leading Impressionists influence his work,” Hellman said.

Sotheby’s said the painting has been published before in seven catalogs, but has never been exhibited.

Claudia Mercier, auctioneer of the Mirabaud Mercier house, said that “it is also an important painting because there are very, very few of them in private hands … especially from that time, most are now in museums.”

Sotheby’s has estimated the value of the painting between 5 and 8 million euros (between 6.1 and 9.8 million dollars). Which did not reveal the identity of the owner.

The Pepper Mill was destroyed during the construction of an avenue in 1911, but two similar windmills are still present today on the Montmartre hill.