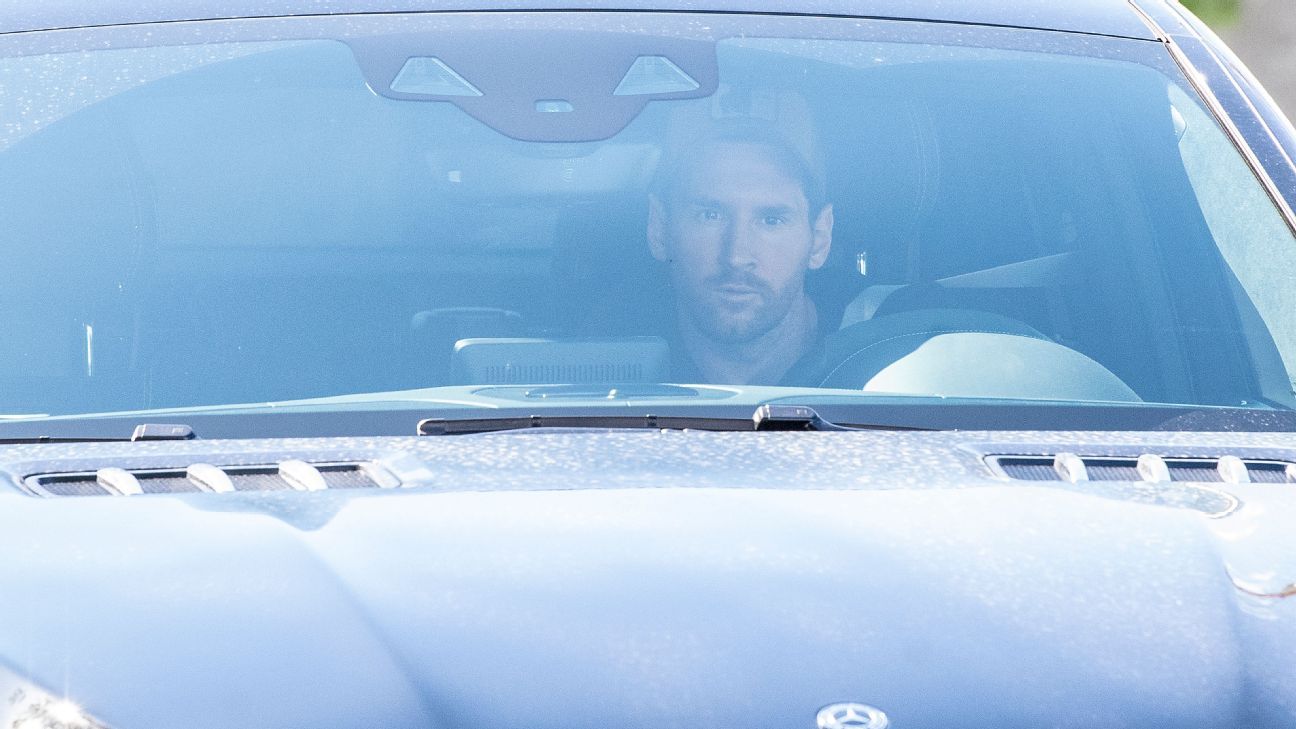 Lionel Messi returned to Barcelona training on Monday for the first time after trying to leave the club.

Messi, 33, will undergo in-person training for the next few days according to La Liga’s strict coronovirus protocol, before reconnecting with his teammates at a later date.

Barca hosted gymnastics in a friendly on Saturday at the Johan Crofey Stadium, but Messi is unlikely to be involved. He could perform against Girona in another friendly in 16th place ahead of the season opener against Serler at the end of the month.

Messi felt that he should have been let free due to a clause in his contract. However, when Barca put up barriers to prevent him from going away, he gave up and decided to stay to avoid a legal battle against the “club of my life”.

As part of his push to quit, he was absent for the president’s debut last week under new coach Ronald Cowman. His legal team advised him that he could not give up anything by claiming to be training for a new season.

Messi conceded defeat on Friday, however, telling Goal that he would not pursue a legal path to exit Camp Nou.

This is the first time he was face to face with Komen as the two held a meeting on 21 August. At the meeting Messi conveyed his wish to the Dutch coach to leave the club.

“Now I don’t know what will happen,” Messi said last week when he announced he was staying.

“There is a new coach and new ideas. It’s good, but then we have to see how the team responds and whether it will allow us to compete at the top level or not. What I can say is that I Staying and I’m going to give my best for Barcelona.

Despite being committed to the club for the upcoming season, his long-term future remains in his air. His contract is up until next summer and he is free to negotiate with other clubs from January.

The upcoming presidential elections in Barcelona could play a major role in what he does next. Josep Maria Bartomeu cannot stand again and whoever replaces him will convince Messi to sign a new contract.