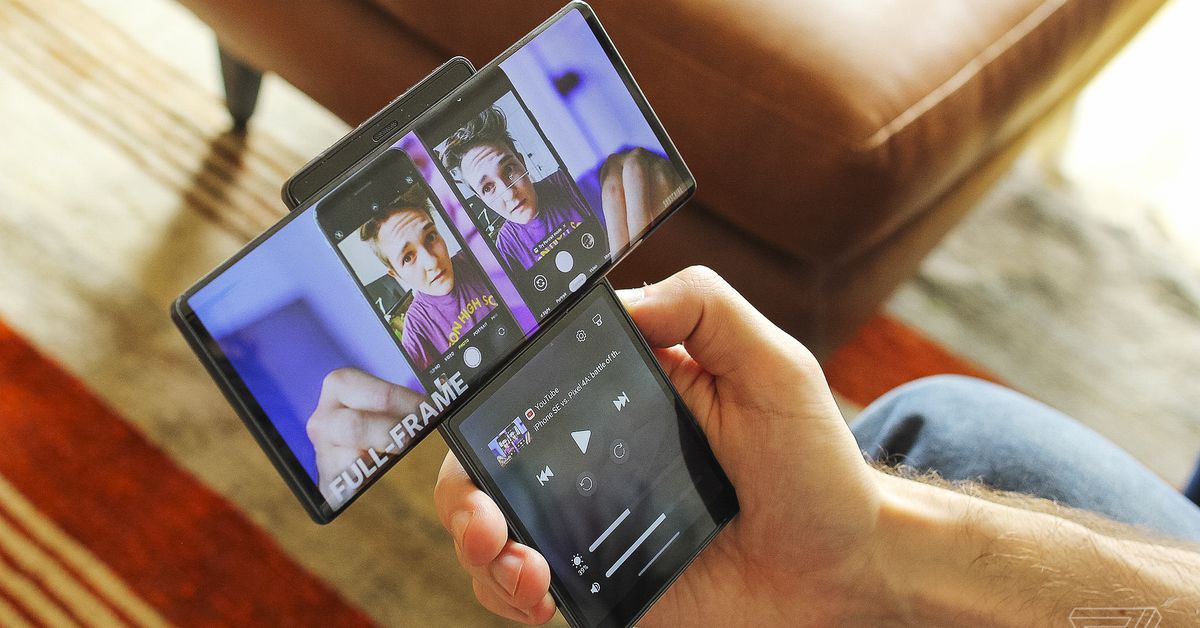 LG’s wild-looking Wing smartphone has received an American price and release date – it will cost $ 999 and should be available at least in Verizon by 15 October, with pre-borders starting on October 1. The news confirms what many people were already expecting about the dual-screen device: it’s not going to be cheap.

As is usually the case with the launch of a new Verizon phone, there are also a variety of trade-in offers and discounts to help cut that price tag. The company is offering up to $ 750 off on adding an unlimited plan and line in trading to an existing plan, which gives $ 500 off for existing Verizon Unlimited plan customers who trade in the device, or for new customers $ 250 Verizon Gift Card. Porting the line.

But even with those discounts, there’s no other way to slice it: You’re paying a lot of money for the novelty of LG’s twisting screen design. The wing offers two displays with a 6.8-inch main display, which slides up and around to reveal a second 3.9-inch panel using a smart hinge mechanism. It also has a Snapdragon 765G processor with Qualcomm’s integrated X52 modem for 5G support, 8GB RAM, 256GB storage, 4,000mAh battery, in-display fingerprint sensor and support for wireless charging.

LG has also promised that Wing will be out on AT&T and T-Mobile later this fall, but there is no news on pricing or timing for those models yet. It is unclear whether the Verizon model – which the company says supports its MMway network – is a different version from the upcoming AT&T and T-Mobile variants (as has happened with other phones like the LG Velvet). If so, there is a chance that the Verizon model is charging a premium for additional network support, although we will have to wait for other carriers to make their announcements to know for sure.